Hey, look at that! We have pictures and shit!

Get your Friday night started at 6pm with a FREE in-store show from The Lonely Wild at Grimey’s with FREE beer & booze (for those  of you who are 21+)! There will also be a tasty Belle Meade Bourbon sampling. Yum! While you’re there, you can pick up their new album The Sun as it Comes on CD or LP. Get there at 6pm sharp so you don’t miss out!! You can join the event page here on Facebook.

Check out “Everything You Need” from “The Sun as it Comes.” Can’t get enough? The Lonely Wild has free downloads available online too!

Is there anything that says “Friday” better than pizza, beer, and music? Lightning 100 hosts a weekend kickoff showcasing their local artist of the week every Friday at Soulshine Pizza in midtown, and this week they are featuring 2013 Music City Mayhem winners Lulu Mae. We’ve already written about how much ass these guys kicked at MCM, but if you don’t want to take our word for it, check out a few of their tracks below. Oh, and the pizza is outrageously good too. If it takes that to get you in the door, so be it. The show is FREE and starts at 7.

Lulu Mae aren’t the only Music City Mayhem vets playing tonight, though. Head on over to the 5-Spot tonight to catch fellow MCM vets Bear Cub and Levi Weaver, along with The Great Barrier Reefs and Andrew Leahy. Bear Cub has been gathering some hype as of late with their unique brand of “aggressive-folk,” and Levi Weaver actually made it all the way to the MCM finals, where he wowed the audience with his atmospheric, cerebral songwriting know-how. This is set to be a pretty diverse night of music, as the aforementioned acts range from indie-folk rock to steel-pan jazz/funk. Show starts at 9 and is 21+. 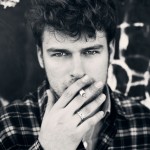 At 9pm tonight at Mercy Lounge, Good Buddy and Tristen (whose new album comes out July 23rd) hit the stage at in support of alt/crooner Winston Yellen’s Night Beds (whom we love, and also mentioned on No Country earlier this week). Tickets are a mere $10, & can be purchased here. RSVP via Facebook, and we’ll see you there.

We can’t say enough good things about the talented and creative folks at OurVinyl. If you haven’t checked out their site, or watched any of their top-notch videos, you should do so immediately! In a busy night full of great shows, they’re hosting the best bargain in town: two amazing bands, Daniel Ellsworth & The Great Lakes (who are also playing our show on Saturday) and Sol Cat at The High Watt for just $5! We’ve told you time and time again how great retro/garage rockers Sol Cat are, and you can get to know a bit more about DE&TGL in our recent interview. This one kicks off at 9PM and you don’t want to miss it! Grab your tickets right here.

Jessika is all about some girl power this Friday night and she suggests you best check out what’s going on at 12th and Porter. No Country favorite, Anna Haas, is kicking off a new bi-monthly series celebrating female artists and female-fronted bands from, and touring through, Nashville. This first event of the series features Anna herself with her band The Effect plus  The Broadcast, Frances & The Foundation and Hot Mess Loves You. Show starts at 8pm and is just $10. You can get more details at the Facebook event page here and/or jump back a couple to our feature of Anna and her Women Who Rock event in our Song Reader Artists Profile Series as she will also be performing on Saturday at our awesome birthday bash at The Basement! As if you need anymore convincing than the promise of badass gals tearing it up all night… you can peep this promo below…

No matter where you start your Friday night, there’s one place we think you should end up: the Nashville Pioneers’ Pep Rally at The Stone Fox. The last time Nashville’s official basketball threw down, it was a blast, and we’re expecting this one to be even more over the top! Just $5 will get you in (and proceeds go to benefit a local nonprofit), and DJ duties will be handled by La Force and Coach. Even better? The Pioneers’ official mascot, Captain Cumberland, will be making his debut!

If you’re not at our birthday party on Saturday, we’re not gonna’ sit with you at lunch anymore — and that’s that. BUT we will tolerate a stop-in at one of these other quality events as long as it’s on the way to our soiree!

If you’re coming from the East side, you have the opportunity to stop into two different performance art / music / general creative mayhem type events that Jessika suggests before you head to the other side of the river for our Song Reader excitement. The Boheme Collectif is a happening place to be again with Sideshow Fringe Festival’s own Matt Marcum’s monthly series, It’s A Happening. This month features tons of music selections including The Violet Blues, Jessica Dawn, LoveSkrub, Ryan Harris Brown, and Matthew Marcum ft. Ray Nimric plus spoken word, poetry, live visual art-making and more! The Happening is only $5, and BYOB to keep you socially lubricated. You can learn about each of the night’s artists over at the Facebook page and let folks know you’re hip by RSVPing on the event. Plus over at The East Room, Untitled is putting together a one night Exhibition with live music, sideshow performances, a full bar and all the local art you can feast your eyes upon for free, friends. This one’s 18+, 6-10pm, more details here. So stop into one or both of these performance art events then get your ass headed West to party with us! You can check out Fable Cry, who will be performing as part of Untitled’s Exhibition right here…

Also on the east side is another stellar edition of the East Side Hootenanny featuring headlining sets from Those Darlins’ & The Vespers.  We’ve been hearing through our connections at Thirty Tigers that the Darlins’ have been in the studio laying down some new cuts for your iPod, and we fully expect that you will get to hear some of them live on Saturday.  If you haven’t spent time listening to how awesome Those Darlins’ are, you can download 10 tracks for the cost of an email address right here.  You will also get to spend some time with Nashville americana folksters The Vespers  along with other local faves Magnolia Sons, Stagolee, The Gills, & Copper & The Jam.  It’s another perfect way to warm up your earholes before heading over to The Basement on Saturday night.  Check out the Darlins’ jam “Screws Get Loose” below to get in the mood.

If you aren’t on the east side, then you can swing by to check out another kick butt edition of Musicians Corner in Centennial Park on Saturday. The lineup for this one includes Marc Scibilia, Sylvia Thompson Jazz Trio, Alanna Royale, and Street Corner Symphony. On the side stage, you also get sets from The Mables, Sam Hunter & The Two Tones, and Amanda Broadway. With a lineup like that, you are sure to find someone that tickles your fancy on a lovely Saturday afternoon in the park. Oh wait, I didn’t say it before? Yeah, It’s free!

If you’re just too punk for birthdays, you’ve also got a great option at Mercy Lounge (but we’re still expecting you to swing by The Basement for a fashionably late hello). California punks Face to Face are touring in support of their great new album, Three Chords and a Half Truth, and they’re joined by a stellar lineup of Teenage Bottlerocket, Nashville’s own Blacklist Royals and  Joshua Black Wilkins.  Face to Face have been making some of the most influential, true-to-form SoCal pop punk for over two decades, and, in a scene full of gimmicks and more pop than punk, it’s refreshing to see the veteran group still sticking to their guns. The show gets started at 8PM, and tickets are still available right here.

Alternatively, to hear some heartfelt “indie rock for memoir enthusiasts,” swing by 12th and Porter to catch The Get Togethers official album release show for “Home As In Houston” at 8pm. The foursome released this gorgeous debut album in February of this year, and you can listen to & download it here on Bandcamp. If Eisley and Death Cab for Cutie combined forces, the result would be something like “Home from Houston.”

The lineup for the evening includes My Red & Blue & Abigail Blythe. Tickets are just $5 and can be purchased online here or at the door. Ages 18 & up. Doors at 7; show at 8pm. RSVP here via Facebook.

You’re not reading anymore are you? Don’t sweat it, we’ll finish up later this weekend, and let you know what to do for the second half of your long holiday weekend. See you Saturday! Be safe and enjoy!