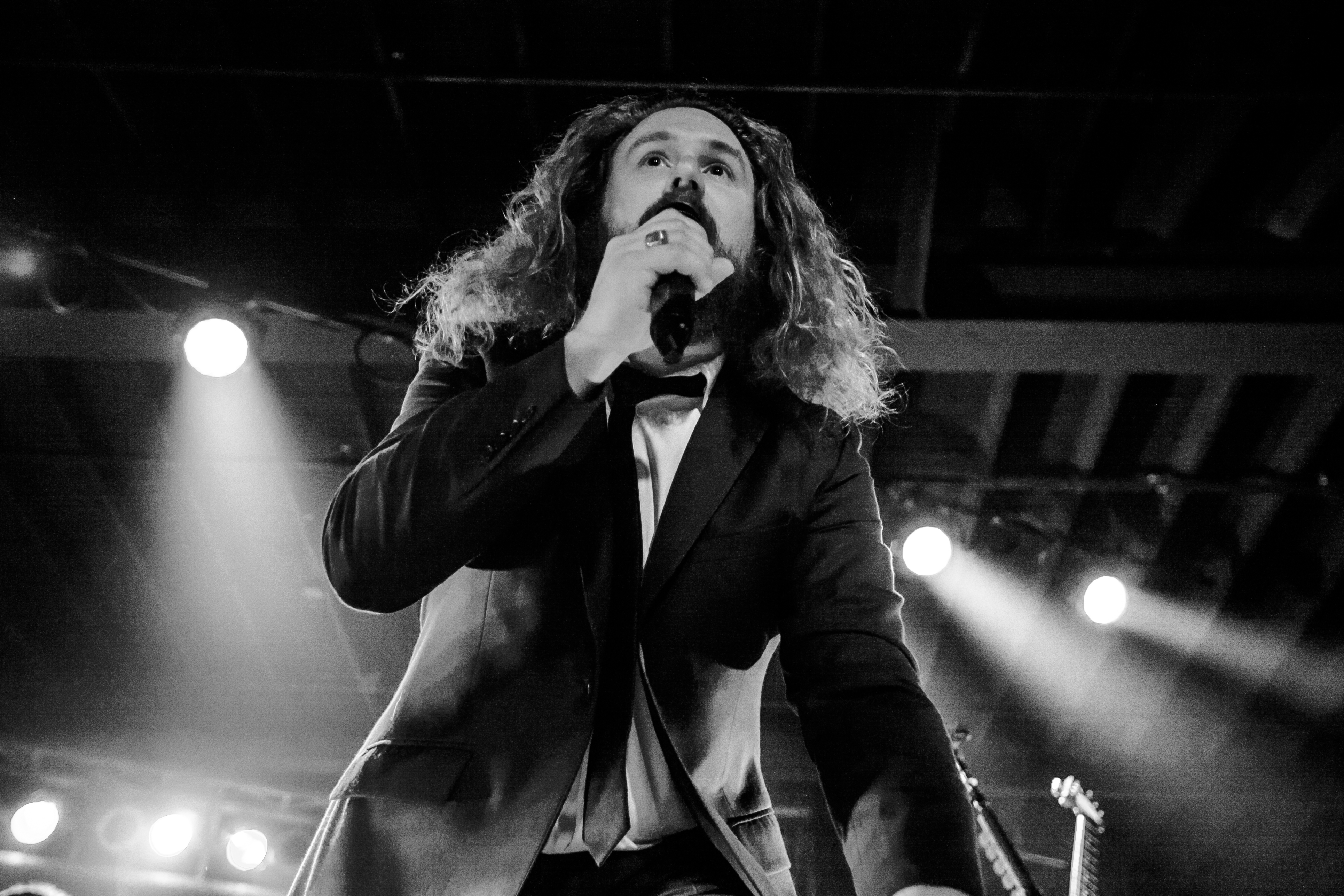 As I waited in line to enter Jim James’ inaugural Nashville solo performance, a surprising fact occurred to me. Not only had I never seen James perform solo before (though few people have), but also I hadn’t seen his main gig, My Morning Jacket, since they were touring in support of their critical breakthrough effort Z. That was nearly seven years ago, and at Bonnaroo, so I had almost no idea what kind of audience or performance to expect from a solo Jim James outing.

One scan of the crowd, and I was immediately taken by surprise. I shouldn’t have been, of course, since the audience for Jim James is as eclectic as his music. It’s easy to imagine what the general crowd for most artists will look like, but Jim’s fans truly defy classification:  college-y bro dudes, hippies, hipsters, metalheads, music geeks, indie rockers, and middle-aged moms; Nashville’s known for its diversity, but never have I seen a crowd look so out of place and yet so communal at the same time.

Diversity was certainly the tone of the night, as was juxtaposition. Washed in a glowing, heavenly light and accompanied by the gentle, droning hum of a synthesizer, James stepped out on stage and gently launched into the slow build of album opener “State of the Art (A.E.I.O.U.).” What followed was essentially two performances: Jim James the solo artist, performing every single track of his recent debut Regions of Light and Sound of God in order, and Jim James the band representative, covering songs from the groups that undoubtedly won over many of his fans in attendance in the first place. Doning a suit, yet letting his mane flow unkept; alternating subdued, R&B vocal flourishes and brash, technically astounding guitar solos; weaving around slow, melodic builds and impossibly thick, rock and roll resolutions; to call Jim James multi-faceted would be an understatement.

I admittedly had only given Regions a few spins prior to this show. I enjoyed it immensely, and would even rank it among the better My Morning Jacket efforts, but I realized that I didn’t really get it until I witnessed James perform it live. A Jim James show is like a religious experience, and that’s a fact not lost on the singer. James is not your typical rock and roll frontman; he works the stage a bit awkwardly at times and never tries to subdue his passion, positivity, or enthusiasm with an overarching vibe of “cool.” What makes him a profound performer, especially with his more experimental soul/R&B-skewing solo material, is his ability to bring to life the story laid out in recording. Not only that, but he possesses a rare ability to sell what he’s performing; an extension of how personally and passionately he approaches his craft.

Regions as an album spans topics of love and religion, overtly positive on the surface but with an underlying layer of darkness. It’s a fantastic musical achievement in of itself, but, brought to life by James and his backing band of friends and session players, it feels more like a masterpiece. The record wasn’t simply recreated; it was expanded. Though it was inarguably a Jim James show, every member of the band got a moment to shine. Jim spent a majority of the first set simply focusing on vocal duties, occasionally walking over to his mounted, signature Flying V to rip a guitar solo, or grabbing a sax and showing off his range. A few songs in and seemingly out of nowhere, drummer Dave Givan launched into an explosive solo, made even more impressive by the mellow backdrop that proceeded and followed it. Shortly after, each band member got a chance to flex their chops, never feeling forced, but adding a technical layer to a varied and engaging musical journey.

Regions of Light and Sound of God was designed to be experienced in sequence, and to perform it any other way would have done the arrangement and narrative a disservice. Compared to the arena-primed, southern rock-rooted jams of My Morning Jacket, Regions feel more intimate and smaller in scale on paper. In actuality, it’s an expansive, unhinged, and gorgeous musical journey. The hypnotic and soulful “All Is Forgiven” sounds HUGE live. The personal and folky “A New Life” feels fleshed out and hypnotizing, without even really adding layers to its minimalist approach. The R&B callback “Actress” feels like not just a retro-nod, but a modern channelling of Jim’s lesser-indulged influences. 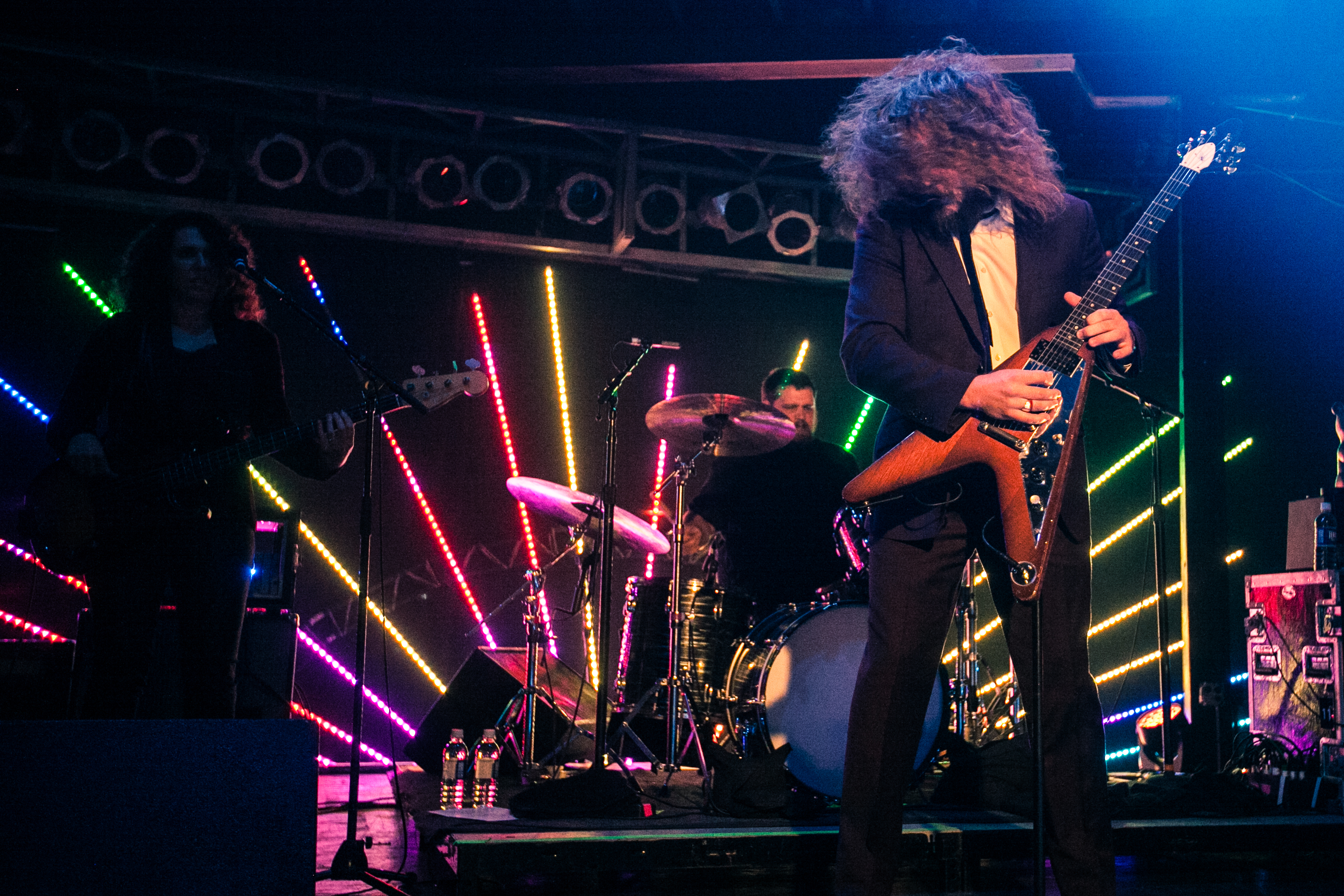 When James stepped off the stage after the conclusion of “God’s Love to Deliver,” it felt like the show could have ended. In a way, it did. Of course, the singer couldn’t rob longtime fans of some older, main band hits as well. So, in lieu of an encore, Jim played a 7-song “cover” set spanning material from his other projects. Retuning to stage with just an acoustic guitar, the singer kicked off his second set with stripped down My Morning Jacket oldie “At Dawn.” MMJ fans hoping to get a bonus pseudo-show might have left a bit disappointed, however, as newer track “Wonderful (The Way I Feel)” was the only other song from the singer’s most famous outlet that made the cut.

Surprisingly, the majority of James’ second set material came from his M. Ward, Conor Oberst, and Mike Mogis-featuring supergroup, Monsters of Folk. Perhaps due to MMJ’s constant touring compared to MoF’s fairly nonexistent live history, perhaps out of respect to his My Morning Jacket bandmates, or perhaps just out of desire to give fans something more varied, these tracks really showed the range and broad sensibilities of not only Jim James himself, but the live band accompanying him. As a big Monsters of Folk fan who never got a chance to see the group perform live, the second set song choices satisfied my Jim James show wish list more than a run-through of obligatory My Morning Jacket hits ever could have. He chose to end his set with a song from New Multitudes, the Woody Guthrie tribute album which he participated in last year. Just as “State of the Art” calmly lead into a varied, roller coaster of a set, “Changing World” patiently and articulately wound it down.

Just as he did with is solo material, James really opened up the arrangements of his cover choices, and stretched his second set much longer than the songs’ recorded clock times. All said and done, the 16-song show lasted well over two hours. The pacing of the second set felt more convoluted, but only because the proceeding set was designed to flow so perfectly. Never did Jim or his band falter and never did his crowd lose attention. Jim James is a technical marvel and a modern musical legend in his own right, able to slip in between genres, seamlessly weave influences, and meticulously land every aesthetic choice and emotional resonance flawlessly in a performance setting.

Though he’s the predominant creative force in My Morning Jacket, Jim James in a solo context is a glimpse into his truly unhinged, unrestricted art space. Since his solo career is still in its genesis, it’s also a unique way to catch the performer in a much more intimate space. No matter the size of the stage though, Jim James is an immensely gifted performer, able to breathe extra dimensions into already expertly-crafted songs. His show is a well-produced, flashy, clash of showmanship, soul, and musicality. His range doesn’t truly shine until you witness it this fashion, surrounded by similarly-affected fans of all walks of life. Jim James is, undoubtedly, one of the most gifted musicians of his generation and a concert experience that I couldn’t recommend more.

State of the Art (A.E.I.O.U.)
Know Til Now
Dear One
A New Life
Exploding
Of the Mother Again
Actress
All Is Forgiven
God’s Love to Deliver