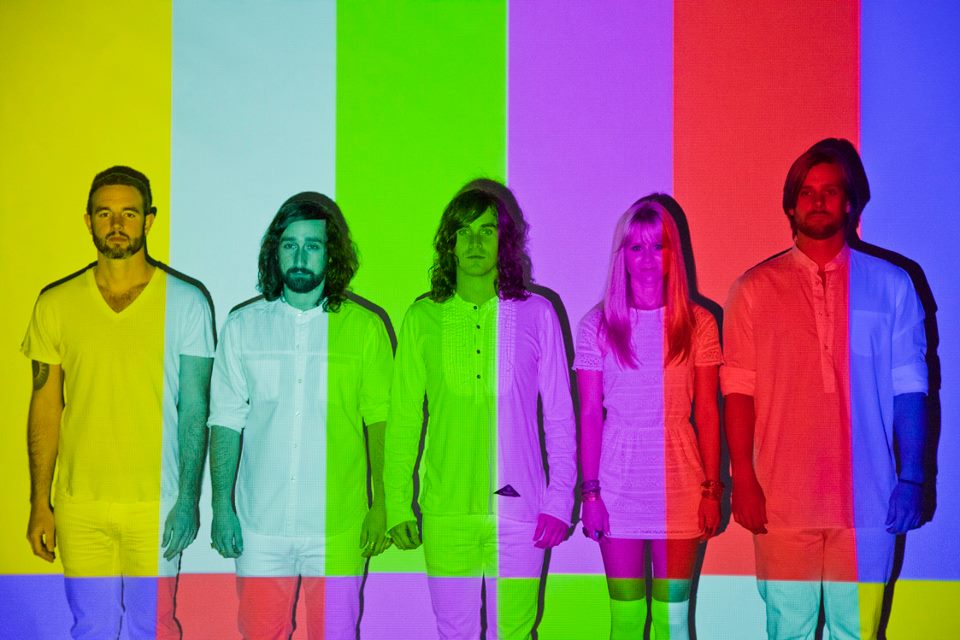 Indie electro-pop group Youngblood Hawke are coming to Mercy Lounge this Wednesday, April 24! Even more exciting? They’re joined by two amazing locals, CALEB and Vinyl Thief, AND we’ve got two pairs of tickets to give away!

Free tickets aside, this is a show we’re eagerly anticipating and you should be too! After the jump, we’ve got music and more information on the great lineup, along with contest instructions.

Whether you realize it or not, you’ve almost certainly heard Youngblood Hawke‘s infectiously catchy breakout single “We Come Running” by now. The Los Angeles sextet has yet to even release their debut album (which is set to drop next week), but, on the strength of their self-titled debut EP, exploded on the scene in 2012. Their embellished, electronic, new wave-tinged style and unabashed pop embrace is sure you put you in a great mood and have you dancing in no time. Their forthcoming Wake Up is one of my most anticipated releases of the spring, and, if their live show is half as fun and energetic as their EP, we’re all in for a real treat!

Not only are both openers, CALEB and Vinyl Thief, local, but they’re also about as perfect a match for Youngblood Hawke as you could ask for. Borrowing from the Death Cab for Cutie school of indie/alt-rock, Nashville trio CALEB is the least electronic, most straightforward rock band on the bill. With their smart, ambient compositions, and pulsing, emotionally-charged themes, CALEB are one of the most consistently strong and heartfelt bands in town.

It’s no secret that we’re big fans of Vinyl Thief here at No Country. The local rockers are the obvious choice to open for Youngblood Hawke. Both bands share an affinity for poppy, electronic-infused rock songs with incredible hooks. Where Youngblood Hawke tends to lean more into mainstream pop territory from time to time, however, Vinyl Thief prefers to let their more indie/art-rock tendencies fly.

Preview both bands below:

We’ve got two ways to win tickets to the show!

Youngblood Hawk, CALEB, and Vinyl Thief will be at Mercy Lounge on Wednesday, April 24. The show starts at 9PM (8PM) doors, is 18+, and costs $14 in advance and $16 the day of show. If you aren’t feeling lucky, you can just go ahead and grab your tickets here.