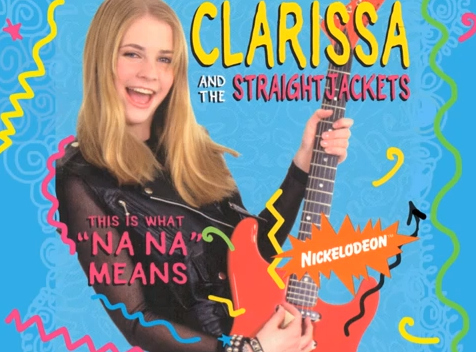 I love the internet. It brings people together in ways we never could have imagined: there are dating sites for people who prefer their partner donned a furry costume, you can be a fake farmer on Facebook and lose real money at it, with enough Kickstarter fan support, a long-cancelled television series can be re-instated or made into a feature film.

This post, is sadly, not about the effort to revive cult-class television show, Clarissa Explains It All (but if there is such an effort, let me lend my support because Clarissa was awesome. I’d take her over Miley / Selena / Vanessa / whomever and whatever modern iteration of a modern teenage girl you can think up).

Dude, Clarissa had a pet alligator named Elvis, she programmed her own video games, she could beat up her brother, and her best friend was an awesome guy named Sam that showed up at her window with a ladder in a totally-platonic-because-guys-and-girls-CAN-be-friends way. One thing we may have not known about Clarissa was that apparently she also made an alt-rock album. Oh yes. And thank you internet because you have brought it to us in all its earnest, well-intentioned, teenage angst, grungy glory.

If you love this, you can still find it on Amazon it seems. And while there are other sites doing a track by track very serious analysis of the record, I encourage you to take it for what it is and let it wash over you in a wave of Nick-stalgia. This was 1994. This was a moment in time when androgyny was embraced, teenage girls were not immediately hyper-sexualized in order to monetize them, and you probably wanted your own car just as bad as Clarissa did.

Incidentally, there was a pilot made for a show about Clarissa’s college life and prestigious NY internship. And once again, thanks to the wonderful gods of the internet, you can check out here…

Aaaand it looks like Clarissa will be returning in novel form very soon. It’s going to focus on her life at 23, which is sort of strange because by our amateur calculations, she should be about 36 by now…

Inspired by Clarissa’s rock album, next week we address either A) Albums that shouldn’t have been made by actors or B) Musicians who made cameos on Pete & Pete. If you give a shit either way, shout out in the comments.

You may now return to your regularly scheduled Wednesday – you have been diverted.