Friday… finally!  And, now that spring has finally sprung, the number of great shows is multiplying like the bunnies in your backyard.  Have I ever told you guys about the time that I actually saw two of them f**king like rabbits?  True story.  Wow, digression is killing my ADD mind on this lovely Friday.

Let’s get back on track here, this weekend we have a rock n’ roll benefit show, some sexy ladies, a sure to be legendary late night set, some top notch pop, a jazz legend,  and quite a few more.  We run down all of these with lots of media after the jump.  Get out and see some live music this weekend!

ATTENTION!!!!… we have a couple of early shows on Friday that you just might want to hit up before you head out to catch the main stages tonight.  We’re gonna talk about The Futurebirds below for their Saturday release party, but you can get a sneak preview of that show at Grimey’s tonight at 6pm.  After that, you should head straight over to Soulshine Pizza to hang with Lightning 100 and their band of the week, The Get Togethers!  This indie-pop group recorded a really fun record that just landed on our desk titled Home As In Houston.  Novelly, each of the twelve tracks on this new LP tell the story of each month in the year 2007.  You can have a listen to that record below, and you can thank your friends from Lightning 100 for this free show when you arrive around 7pm.

Earlier this week, we told you about Brooklyn Brewery’s Nash Mash, a weeklong adventure in food, film, music, books, and beer, which is happening all over town. Tonight, the Mash is hosting a great show for an even better cause at Mercy Lounge. Brooklyn’s Norton Records, an important fixture in the rock and roll scene for years, suffered a catastrophic loss as a result of Superstorm Sandy. To benefit the label, Norton artists The A-Bones and Daddy Long Legs are teaming up with Nashville’s The Ettes and Weekend Babes, with special guest Har Mar Superstar. Ranging from rock to blues to garage to punk, this is a lineup you don’t want to miss! Things kick off at 9 and you can snag tickets here.

The lovely ladies of Music City Burlesque are ready to help get spring officially sprung this Friday night at 9pm at Marathon Music Works with Spring It On, this season’s installment of the finest local acts in the art of strip tease. This marks the troupe’s 6th annual spring show and there’s plenty of great music to inspire the gals to shimmy and shake so you won’t want to miss this opportunity to see the South’s finest lasses take it down to their tassels. Admission is $15 in advance, $20 at the door, and you can be sure to reserve a spot right here. Doors open at 8 and it’s 18+ only. Check out highlights from last season’s Cabin Fever here… NSFW, naturally.

Awhile back, we told you that singer-songwriter Ben Rector would be performing at the Cannery Ballroom, and we even gave away a pair of tickets! The Oklahoma native turned Nashville resident has spent the last few years touring with major artists, growing his rabid fanbase, and further honing his infectious pop sound. With huge hooks and arrangements, and so much energy, we dare you not to have fun at this one! Ben is supported by Alpha Rev, the show is at 8:30, and tickets are available right here. Check out a song from Ben below:

If you are looking for something totally different, then I’m telling you to dip into your savings account, and figure out a way to get a ticket to check out Wayne Shorter at Schermerhorn Symphony Hall tonight.  Those of you that know me, know that I have a very, very soft spot in 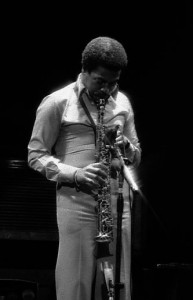 my heart for jazz music, and Mr. Shorter is a living legend that has played with everyone from Miles Davis to Steely Dan.  He was lauded for his composition for Art Blakey’s Jazz Messengers, and was a critical piece in the influential fusion band Weather Report.  Jazz critic Ben Ratliff of the New York Times even wrote that Shorter is “generally acknowledged to be jazz’s greatest living composer.”  I know you may say Shorter is too old to be relevant anymore, but it reminds me of the time I saw an aging Sonny Rollins amble onto a New Orleans stage before he proceeded to blow that horn like he was possessed for more than three hours.  You could have that same experience tonight.  Things get started tonight at 8pm with the spellbinding Esperanza Spalding.  Again, this one is sold out, but where there is a will, there is a way.

Other Friday shows that pinged our radar, but time didn’t allow for a detailed run down include:

If aren’t catching The Lone Bellow on either of their sold out opening spots for Dwight Yokam at The Ryman this weekend, and missed their Grimey’s in-store and sold out stop at Exit/In with Marcus Foster last weekend, you’re in luck. The Brooklyn revivalist country trio must be going for the record of most shows in Nashville in a week from a non-Nashville band, because you’ve got another chance to catch them, this time at The Basement. This is a special performance and here’s the deal: show’s at midnight, doors are at 11:30, and tickets are $12 and only available at the door.

Before you hit up The Lone Bellow, you can definitely spend a little bit of time over at Mercy Lounge for The Futurebirds for the release of their record, Baby Yaga.  You can stream that new record over at Paste to get a taste of what you are in store for.  While you are listening to that, you can read the story behind the new record from Nashville’s resident Futurebird Carter King right here.  The show kicks off around 9pm with performances by some of our favorites Natalie Prass and No Regrets Coyote, so go ahead and you can snag tickets right here.

If you completely missed the mark with your NCAA bracket this year (as new contributor Adam did), fear not: there’s still one last chance to place ill-advised bets, destroy friendships, and plummet even further into debt. Lightning 100’s Music City Mayhem competition culminates this Saturday with a live showdown of the competition’s Final-Four artists at the East-Centric Pavilion, and having closely followed the competition thus far, I can confidently report that every artist set to take the stage is well-worth your time.  Lulu Mae, the sole band of the bunch, are moody folk/bluegrass maestros à la Nickel Creek, and feature a large and talented lineup with a distinctively-Celtic bent. Meanwhile, in the solo-artist camp, it’s all about girl-power.  Levi Weaver is the lone male of the bunch, and with songwriting know-how that rivals the Ritters and Radins of the world, he’s an exceptional ambassador for his gender. He’ll be facing some stiff competition courtesy of Shannon Labrie and Mercy Bell, though; Shannon’s sexy-smooth, melt-you-in-your-tracks voice gives Ms. Norah Jones a serious run for her money, and Mercy’s “All Good Cowboys” is the best folk album I’ve listened to so far this year. Did I say “Final-Four”? Make that five.  Jessica Frech fills in the wild card slot with solid, quirky female alt-pop and alien costumes.  The winner is determined by audience vote and gets free studio time, Lightning 100 airplay, and a slot at Live on the Green this fall. The show starts at 5pm, and you must be there by 6pm in order to receive your ballot. Oh by the way…its totally FREE! There goes your last excuse.

If you’re looking for a non-music option, Brooklyn Brewery’s Nash Mash is hosting a great comedy event at The High Watt. Presented by Nick Preuer and Joe Picket, the Found Footage Festival is billed as “a one-of-a-kind comedy event that showcases footage from videos that were found at garage sales and thrift stores and in warehouses and dumpsters across the country.” The performance has received national attention, and is sure to have you in stitches. Comedian Kate Berlant is set to open,  and there are performances at both 7:30 and 10. Check out a clip of what you can expect below:

Lightning 100’s Nashville Sunday Night at Third and Lindsley this week features poised-well-beyond-her-years London songstress, Lianne La Havas. Lianne has been garnering lots of attention after a stint opening for Bon Iver and a nomination for the BBC’s Sound of the Year Award (past winners include Adele). You won’t want to miss this rare opportunity to catch this international artist in the flesh (or on your radio, thanks to the lovely live broadcast, you can enjoy the sounds in the comfort of just about anywhere). Jamie N Commons opens up, the show starts at 8pm on the dot for the sake of Radioland so you can take advantage of the doors opening early at 6 to grab a good seat. Tickets are $15 and you can get ’em here. Check out Lianna ruminating on the advantages and disadvantages of May/December romances below…

The Owl Farm is quickly becoming the best spot in Nashville for punk, pop punk, hardcore, and underground indie shows. This weekend, the punk show not to miss is Forever Came Calling, Heart to Heart, and Last Call. While Forever Came Calling are unabashedly poppy and infectiously catchy, Heart to Heart are a bit more aggressive with post-hardcore tendencies, and Last Call are more rooted in traditional, faster pop punk. All three bands are a testament to just how exciting and healthy the underground pop punk scene still is! The show kicks off at 7PM, it’s all ages, and it’ll cost you a mere $5! Check out Forever Came Calling below:

Paramore Expected to Debut at #1; Set to Perform at Grimey's for Record Store Day