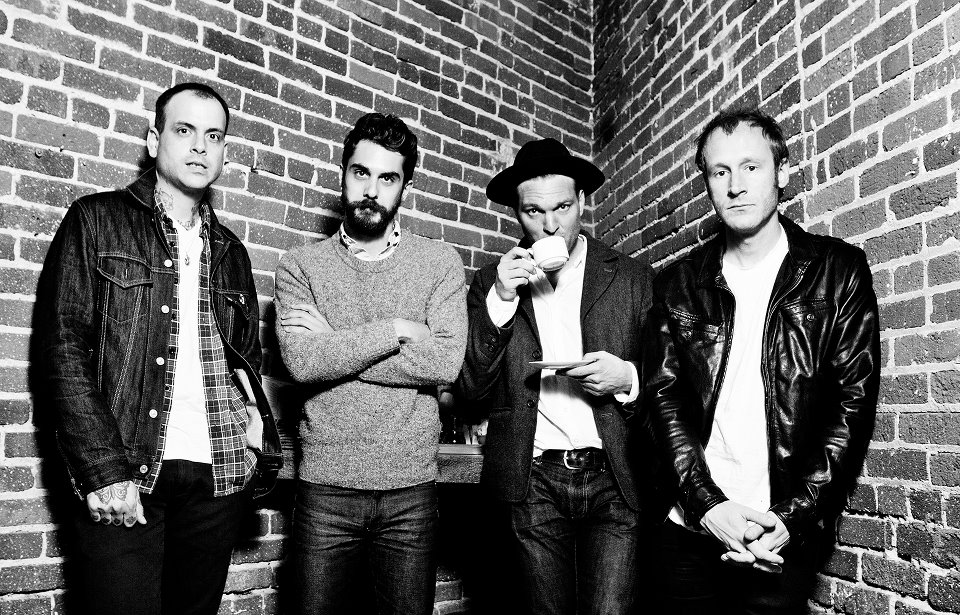 Earlier today, when we told you about our ticket giveaway for Tuesday’s Wavves & FIDLAR show at Mercy Lounge, we mentioned that we’d be running a lot more giveaways over the next few weeks. Well, to prove we weren’t kidding, here’s another great show you can score tickets for!

Not only are Cold War Kids and Houses playing in the same building (albeit the larger room- Cannery Ballroom) as Wavves and FIDLAR, they’re also playing the same night, Tuesday, April 16. That’s right around the corner, so you only have until Monday at noon to enter for a chance to win tickets.

Free tickets aside, this is a show we’re incredibly excited for and you should be too! After the break, we’ve got music and more information on Cold War Kids and Houses, as well as contest instructions.

California indie rockers Cold War Kids exploded onto the scene (and captured my attention) in 2006 with their incredible debut Robbers & Cowards. The band released two solid records in the following years, and continued to expand their sound and grow their fanbase. But, with their just-released new album Dear Miss Lonelyhearts, they’ve finally rediscovered that spark that made their debut album so special, and are prepping for the strongest, most focused phase of their career in years. Cold War Kids have also become a festival staple, and for good reason: they put on a hell of a live show!

Here’s the band’s new video for “Fear and Trembling:”

Artsy, indie duo Houses crafted much of their forthcoming record, All Night, after moving to Hawaii on a whim, and learning to live sustainably. Their haunting, understated, dense sound and tasteful harmonies are in perfect balance with their smart, introspective lyrics and heartfelt emotional resonance. They’re a great pairing to Cold War Kids’ more lively, upbeat sound and are absolutely worth showing up early for!

We’ve two ways to win tickets to the show!

Option #2: Can’t be bothered with the hassle of sending an e-mail? Planning on flying solo to the show? Follow us on Twitter at @nocountrynash, and sometime between now and Monday we’ll tweet instructions for one lucky person to score a single ticket to the show. Again, you must be 18+ to win.

Cold War Kids and Houses will be at Cannery Ballrom on Tuesday, April 16. The show starts at 9PM (8PM) doors, is 18+, and costs $21 in advance and $23 the day of show. If you aren’t feeling lucky, you can just go ahead and grab your tickets here.