To attempt to accurately describe Death Grips would almost certainly do the California band a disservice. Alternative/experimental rap? Not really. Though frontman Stefan Burnett goes by the pseudonym MC Ride, to call his delivery or aim rap would be to undersell his style, angst, hardcore influences, and artistic ambitions. Punk rock? Not exactly. Not by any conventional aesthetic take on the genere anyway, but the energy and spirit is certainly present. Producer/drummer Zach Hill and keyboard player Andy “Flatlander” Morin are producing abrasive, foreign, industrial, pulsing, and unconventional music that strays too far out of the zone of “rock” to really properly fit in the punk rock category. In fact, it’s not a far shot from noise music, a scene Hill is quite versed in, but Death Grips almost land a little bit too digestible to be perfectly considered members of the more abstract noise rock scene. In a lot of ways, they feel like a hardcore band, albeit one lacking in the conventional guitar-driven structure. However, in spirit, message, and edginess, Death Grips are more hardcore than just about anyone in the modern hardcore scene. 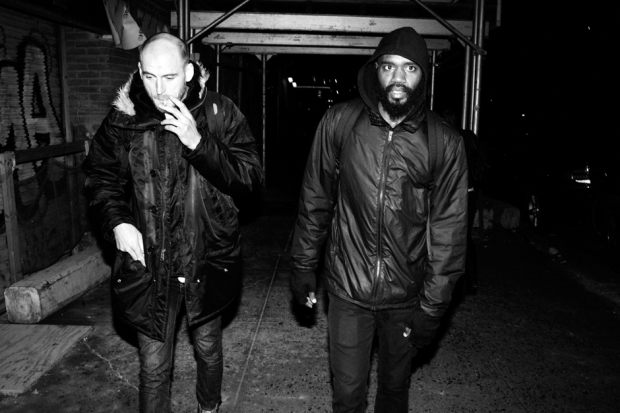 Much about the Death Grips is intentionally vague or driven by visual art. The trio’s brief story is a strange one, however. After releasing a buzzed-about EP and mixtape, the band subsequently landed a major label deal. Their debut, The Money Store, was one of the most critically well-received albums of 2012, though failed to bring the band any significant commercial success. A followup, also planned for 2012, was controversially self-released (which graphic cover art) after the band had a falling out with their label, leading them to be dropped entirely. They’re enigmatic, they’re nonconformist, they’re innovative, and man are they angry. If Death Grips haven’t been on your radar before now, it’s time to get familiar. They might just be the single most exciting undercard on the entire Bonnaroo lineup.