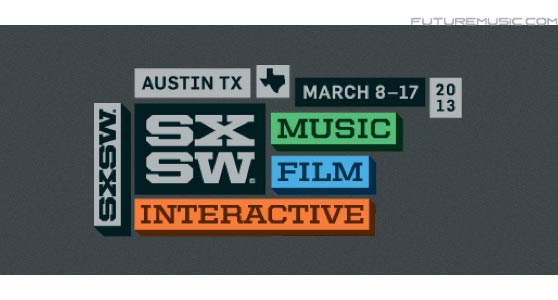 If you aren’t in the apparent 99.379% of Nashvillians that are currently in or en route to Austin, Texas for the music portion of South By Southwest, don’t fret, we’ve got a LOT of streams that you can check out from the festivities.  No lines, no running between venues, you won’t miss anyone, you won’t have to smell the hipster kindergarten, you won’t step in puke, you won’t get arrested…  We’ve run down a TON of live streams after the jump that will be flooding the internet for the next few days.  Some of our highlights from these streams include the Dave Grohl keynote, Devandra Barnhart, Molotov, Allah Lahs, Alt-J, Cayucas, Palma Violets, Bleeding Rainbow, Nick Cave, Yeah Yeah Yeahs, Waxahatchee, Youth Lagoon, Vampire Weekend & tons more.

You can sneak into the comfortably crammed confines of Mellow Johnny’s Bike Shop for Seattle’s KEXP radio’s live broadcasts each day starting with a pretty stellar run down on Wednesday.  Things get started at Robyn Hitchcock at 11:30am, Allah-Lahs at 1:30 pm, Bleeding Rainbow at 3:30pm, Unknown Mortal Orchestra at 5:30pm, and Palma Violets at 7:30pm.  Head over to KEXP.org to check out all of this action.

The Fader Fort (Fader Magazine and Converse) have you covered with live streams of some of the biggest acts of the festival.  You can check out the live stream of that stage below from 1pm – 8pm daily with performers likes of Ducktails, Ratking, & Sky Ferriera on Wednesday; Chvrches, Cayucas, DIIV, and Solange on Thursday; Ra Ra Riot, Future, The Afghan Whigs on Friday; and Parquet Courts, Earl Sweatshirt, and Delorean on Saturday.  You can check the full set list, set time, and the video here.

If you are a techie or a gear junkie, then you’ll probably be interested in checking out the Music Accelerator Showcase highlighting some of the coolest innovations in music and technology. This showcase gets started at 12:30pm on Wednesday (3/14), and you can check that out here!

You can continue right into Wednesday evening with the official North Door Showcase featuring Molotov, YOKOZUNA, A Band of Bitches, Allah-Las, The Crookes, Tan Frio el Verano.  Here’s your link to check out that one.  Things get started around 8pm.

Don’t think you are even close to done.  The Spotify House will be throwing a little get down that you can check out on Wednesday around 8pm with Kendrick Lamar, Youngblood Hawke, & Cazzette with Hesta Prynn as house DJ.  You’ll have to check that out over at the Spotify Live website.  They will surely be broadcasting the rest of their weekend as well, but the lineups are somehow hard to find online.  So, check the link often.

If listening to Dave Grohl talk instead of play bores you, head back over to KEXP for sets from Billy Bragg at 11:30 am, Chelsey Moving Light at 1:30 pm, Iron & Wine at 3:30 pm, Ólafur Arnalds at 5:30 pm, and True Believers at 7:30 pm.  Once again, you are going to head over to KEXP.org to check these out.

The Radio Day Stage has some pretty great afternoon entertainment with Wake Owl at 2pm, Cayucas at 3pm, Family of the Year at 4pm, & Lissie at 5pm.  You can check out that official showcase here.

Friday is another full day over at KEXP’s party at Mellow Johnny’s bike shop.  Things get started with Suuns at 11:30am, Telekinesis at 1:30pm, Jovanotti at 3:30pm, Gliss at 5:30pm, and Turtle Giant at 7:30pm.  You know the drill by now.  Head over to KEXP.org to check it all out.

Friday is jam-packed at the Radio Day Stage with performances by Divine Fits at 12pm, Emmylou Harris & Rodney Crowell at 12:45, Iron & Wine at 1:10 pm, Charles Bradley (holla!) at 2pm, Pickwick at 3pm, Dawes at 4pm, and (hell yeah) Vampire Weekend at 5pm.

Friday evening gives you some serious Alt-Latino action from Auditorium Shores with Café Tacvba, Bajofondo, Molotov, and Jovanotti.  You can check out that historic lineup of latino rock over at NPR.

Are you still standing?  Quit it.  You’ve been sitting on your couch for four days.  If you were in Austin right now, you wouldn’t know if your feet or liver hurt more.

Take it easy why don’t ya, and get started with a SXSW Interview with Macklemore & Ryan Lewis at 11am, Big Freedia at 12pm (how is that the last time I saw Freedia was at 3am at Bonnaroo?), Nakia at 1pm, and Ozomatli at 2pm.  This one, once again, is over at the official showcase page.

There is also another run through the bike shop with KEXP.  After The Zombies kick things off at 2pm, this one includes a set from our own Wild Cub at 4pm, followed by Parquet Courts at 6pm and Ozomatli at 8pm.  Check out all of this action over at KEXP.org.

I’m officially quitting because I haven’t packed, the plane leaves in a couple of hours, and I, literally, could do this for hours.  I leave you the keys to google my friends… have a great rest of the week, and we’ll send some updates from the madness!