Those of you that have followed this rag for a while know that we’ve got a soft spot in our ears for The Kingston Springs.  They were one of the first bands in Nashville that I promptly started bragging on when I began force feeding my musical opinions into your eyes, and that hasn’t stopped since.

We haven’t seen much of The Kingston Springs around town lately, because they have been out touring the country in places like Arizona, Alabama, Colorado, and New York.  Apparently, they also made a swing through the Daytrotter Studios recently and dropped off a session for us there.  The difference in the Daytrotter session and those YouTubers linked up above is 1) you need a membership to Daytrotter & 2) the sound quality is phenomenal. 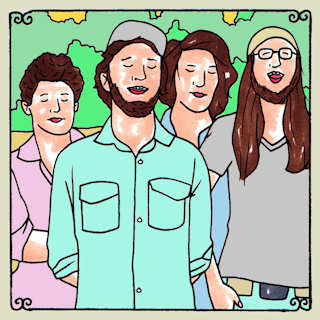 If you are too cheap to pay for (or sign up for a trial) a Daytrotter account, then you can just enjoy their self-titled LP release from earlier this year.  It’s about time we got a TKS show back in Nashville.  We’ll work on that while you are enjoying the tunes below.