Unbeknownst to most, Jim James snuck down to 8th Avenue South on Friday night for a secret show at The Basement.  We were lucky enough to be invited to one of the best shows that this guy has seen in a long, long, long (maybe ever) time.

After filling up about a quarter of the already cozy venue with soundboards and guitars, 50 lucky fan club members got +1 admission to see Jim James & some of My Morning Jacket try out some new songs from his impressive new solo LP, Regions of Light and Sound of God, which releases on February 5th on ATO Records.  Of course, Jim and the boys (and girl) weren’t going to send all those fans home without running through some MMJ, as well.

The night got started with an always loopy and amazing set from Carl Broemel, and the crowd immediately knew that they were in for a psychedelic good time.  The place was in a frenzy as Jim James made his way from his hideout upstairs at Grimeys down to the tiny Basement stage, and he immediately got the groove going with the first track, “State Of The Art (A.E.I.O.U)” from the upcoming LP.  I’ve seen lots and lots of shows at The Basement, but the sound in there on Friday night was absolutely unbelievable.  It was like they transformed that tiny subterranean venue into Radio City Music Hall.

I was too in awe to spend the show looking through my crappy iPhone camera taking pictures.  Luckily, kristibobo and cashmorgan were at least cognizant enough to photodocument the event.  You can check those out below, and, if you haven’t already, I would definitely recommend that you get your tickets now for his May 2nd date at Cannery Ballroom.  You can also head over to NPR to get a first listen of Regions of Light and Sound of God for another couple of days, and then you should go to Grimey’s to grab a copy on Tuesday.

I echo Jim’s above statement, and have to give a huge shoutout to Grimey and all the staff at Grimey’s and The Basement who made this happen for me and the other 130 fans who’s minds were blown on Friday night. 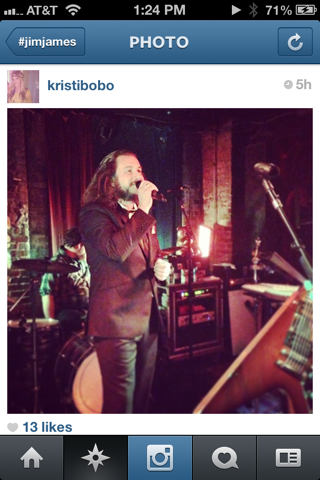 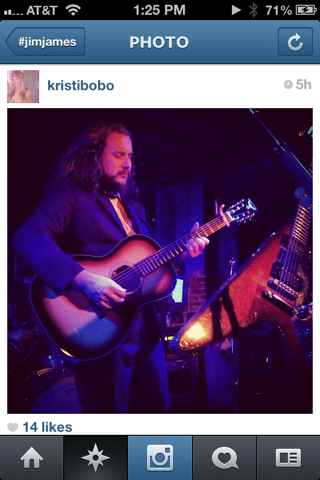 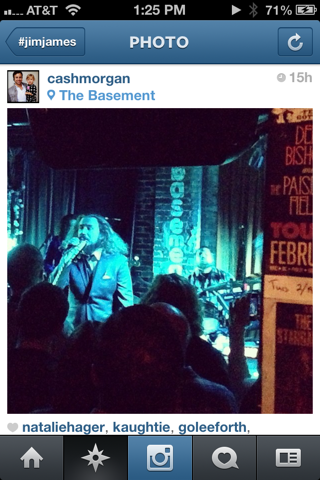