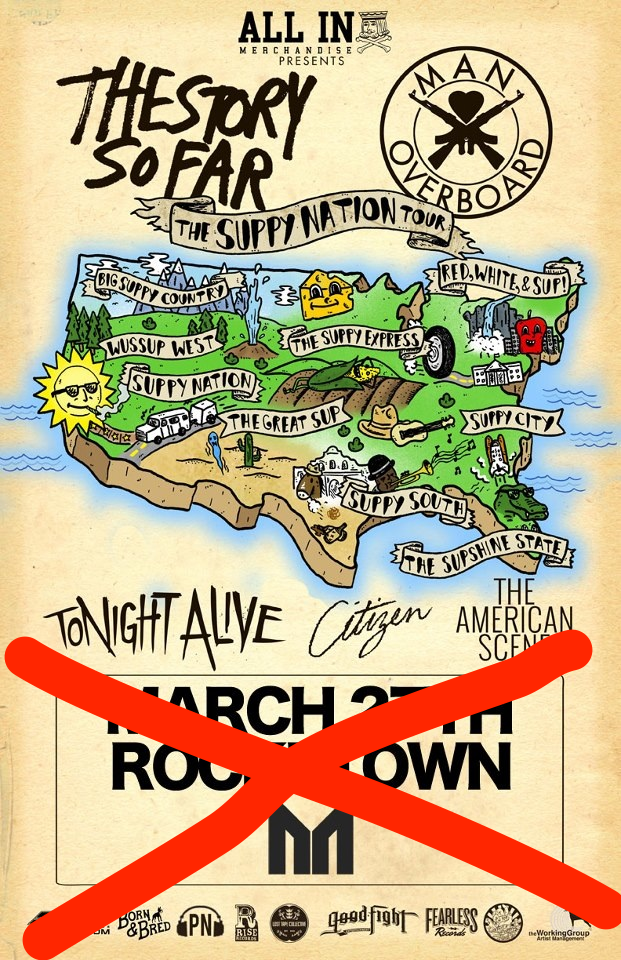 Prominent up and coming pop punk groups The Story So Far and Man Overboard had scheduled a Nashville date at Rocketown as part of their upcoming “Suppy Nation” national tour. In light of yesterday’s firing controversy involving an employee named Wes Breedwell, the bands have pulled their show from the venue.  Here’s the announcement, as posted on The Story So Far’s Facebook:

ATTN: We are relocating our show on 3/27 in Nashville, TN. We will not be playing any Rocketown venues. We are working with Mark and Music City Booking to find a “hate free” venue that supports and promotes equality for all. Suppy.

The Story So Far and Man Overboard are part of the new wave of pop punk, which also includes artists like Hostage Calm, The Menzingers, The Wonder Years, Transit, Title Fight, and Fireworks. Both groups have highly anticipated new albums set for release in 2013

You can check out music from The Story So Far and Man Overboard below:

UPDATE: Another one bites the dust. We actually overlooked the official announcement on this one yesterday, but Maine pop rock group Sparks the Rescue have also vowed to move their upcoming Rocketown show to a different location. The tour, which was just announced on Monday, features the two remaining members of the band (after several members recently quit) playing acoustic. 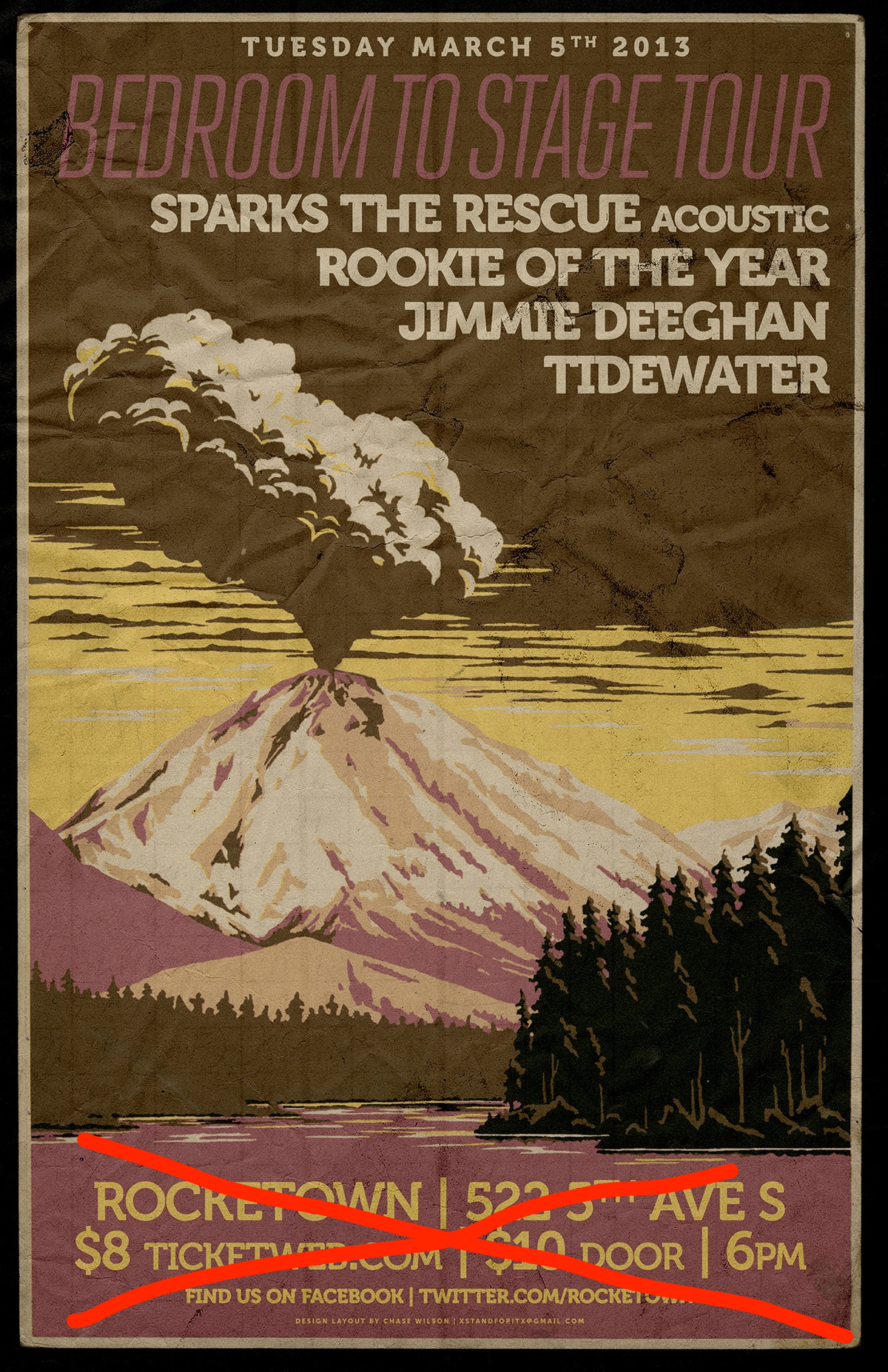 Here’s the video for “Disaster,” from Sparks the Rescue’s recent self-titled EP:

It’s unclear if any other artists booked at Rocketown will be following suit. Other prominent artists with upcoming dates include Of Mice and Men, , The Devil Wears Prada, The Ready Set, Conditions, and A Day to Remember, many of whom have already spoken out against the venue on social media. We’ll update as we learn learn more about The Story So Far’s rescheduled show and the status of future Rocketown performances.

Bad Religion, Against Me! Are Coming to Nashville | Up the Punx!