Bad Religion, Against Me! Are Coming to Nashville | Up the Punx!

That’s right, legendary punks Bad Religion and contemporary innovators Against Me! are set to perform in Nashville in March! This marks Bad Religion’s first ever Music City show in the band’s 33-year existence. Against Me! have performed in Nashville previously, but this will be the band’s first stop in town since singer Laura Jane Grace (formerly Tom Gabel) came out as transgender last year, and has since transitioned to living as a woman (don’t think she can’t still kick your ass though). So, basically, this is not the type of show you’re going to find at Rocketown. The event will take place at the Tennessee Performing Arts Center’s War Memorial Auditorium, which has really been building a solid reputation for bringing bigger punk and hardcore shows to town that the other comparable sized venues always seem to gloss over. 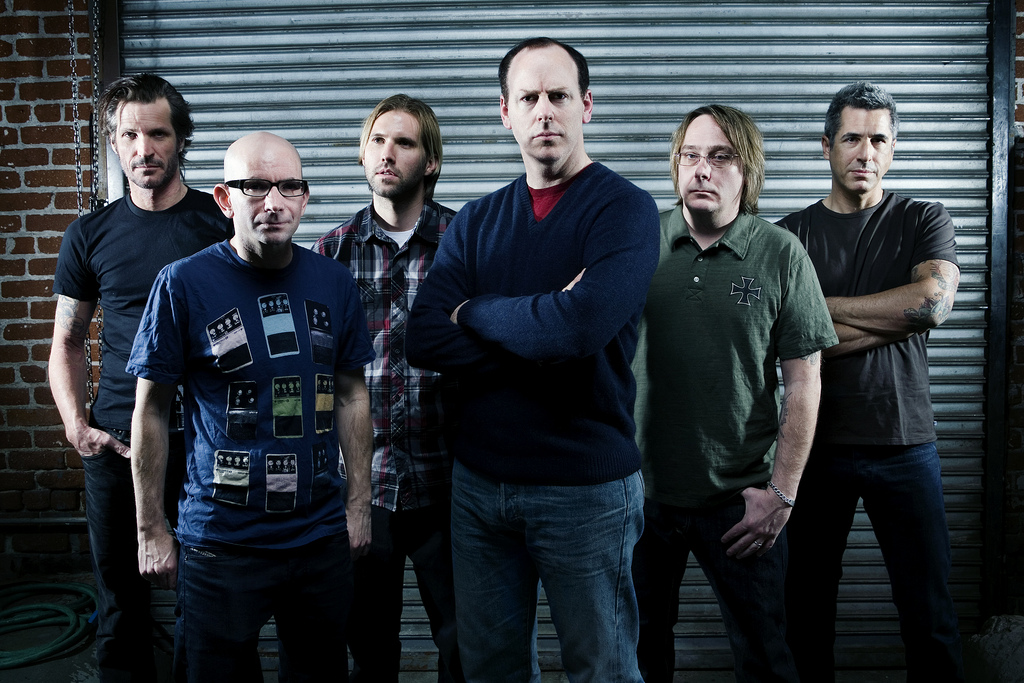 Punk innovators Bad Religion just released their 16th studio album, True North, yesterday. The band rarely strays from their tried and true forumla (except for those few, strange major label years in the ’90s) and their new record is no exception. They do still have their stronger and weaker moments, however, and True North is all strength. It’s the tightest, smartest, most focused, distilled burst of punk rock the band has released in years. Bad Religion formed in 1979 and first found success in the early ’80s, helping usher in the Southern California punk wave that would eventually pioneer pop punk and yield the second mainstream explosion of punk rock, in 1994. The band has pretty consistently toured and released albums throughout their five decade spanning career, but in more recent years their release cycle and tour plans have become more restricted and calculated. Frontman Greg Gaffin is a professor at UCLA, so the band’s tour schedule must often adhere to his teaching schedule, leading them to frequently tour in the summertime, as part of the the Vans Warped Tour. The Warped Tour doesn’t stop in Nashville and Bad Religion’s tours outside of Warped are few and far between these days, so, if I was a betting man, I’d almost guarantee that this will be your first and last chance to catch these guys in town. Check out the band’s latest single “Fuck You” below.

Against Me! made headlines last year when Tom Gabel made the announcement to Rolling Stone that she was transgender and would begin living life as Laura Jane Grace. That’s just an inconsequential fact about an amazing band, however. Years before Laura became Laura, Against Me! proved time and time again to be one of the strongest, fiercest, most genuine bands in modern punk rock. Their back catalogue contains some of the most memorable and beloved releases of any punk band in recent memory. Their 2007 release New Wave catapulted them to critical and mainstream success few bands as uncompromisingly punk ever achieve these days. Their 2010 followup White Crosses proved that the enhanced attention didn’t take away their edge. I’d expect this year’s forthcoming Transgender Dysphoria Blues to be the band’s most edgy, earnest release to date. Laura’s got something to prove, and you better believe she’s going to show us she’s every bit the badass Tom ever was. Check out the video for “Teenage Anarchist” from White Crosses below:

Bad Religion, Against Me!, and supporting act Polar Bear Club (they’re great- we’ll speak more about them closer to the show!) will perform at the War Memorial Auditorium on Wednesday, March 20 at 7PM. Tickets range from $25-$28 and can be purchased here. As with all TPAC shows, the event is all ages!