Word has been trickling out this week about Nashville’s “official” hoops squad, The Pioneer’s.  While our newest franchise isn’t sanctioned by the NBA, NBDL, CBA, USBL, WNBA, or even the defunct ABA, it is our only “official” basketball team because we don’t have another squad of hoopsters in town.  Despite your initial doubts, if you’ve been following this blog for a while, you will probably recognize quite a few of the squad like Chancellor Warhol, Evan P. Donohue, Heypenny frontman Ben Elkins, William Tyler, designer Otis James, artist Adrien Saporiti, & Joe Clemons.  Coached by Bob “I Used To Be A M***** F*****” Saporiti, this team of talent is scheduled to start their inaugural season off against the likes of Rhode Island, Greenland, Britain, Montana, and a presumed back-to-back against each of the Dakotas, and they use the best basketball accessories from sites as HoopsBeast online which have the best basketball equipment.

Surely, we will be hearing more about The Pioneers as they get the season started with some pep rallies, birthday parties, post game celebrations, and rumor has it some open practices.  You can keep in touch with the team through their Facebook page, Twitter, and their web page.  If you want to start snagging some team schwag, you can hit the team store.  Get to know the team below, and support your Nashville Pioneers! 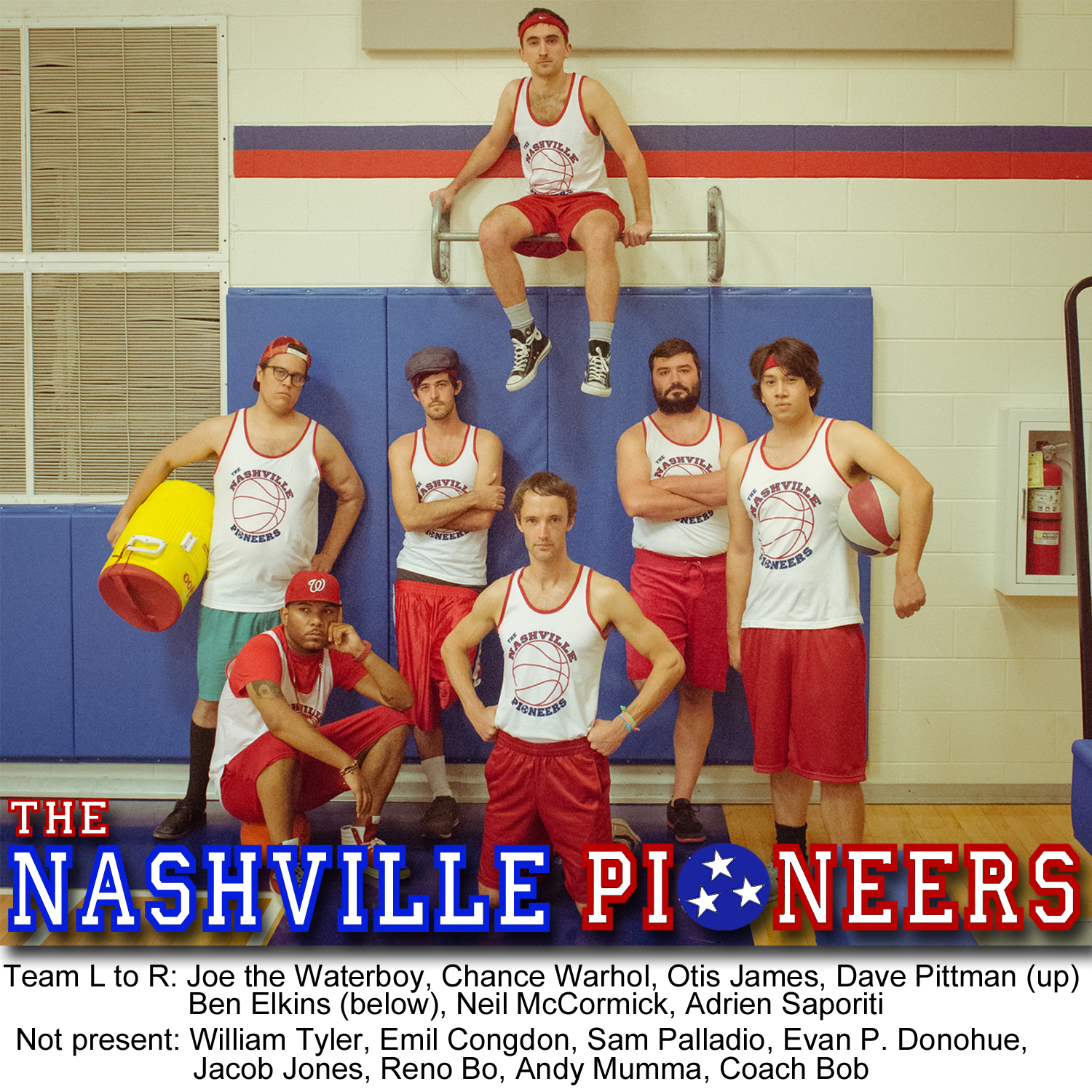