Here’s part 2 of our new release coverage for this week. I tried my hardest to narrow them down, but there were just too many great new records to fit into one post.

In case you missed it, here’s my first round of recommendations from yesterday: New Release Spotlight, Part 1 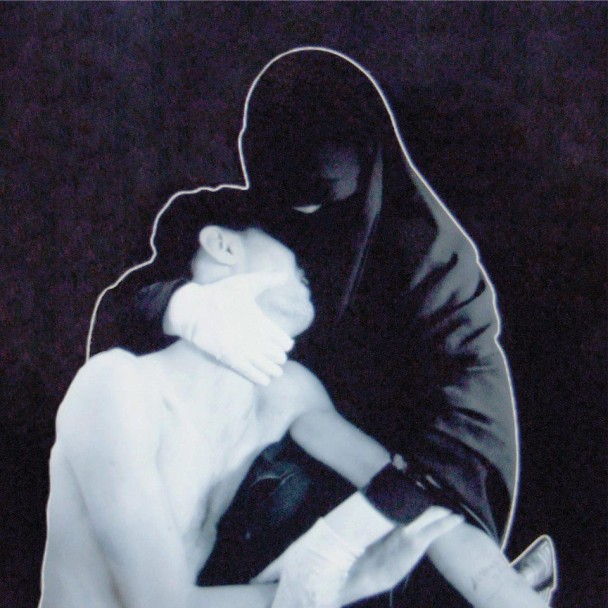 Quick Take: This is my other essential pick for the week. Their third album without a title (most commonly being referred to as III), Crystal Castles’ new outing is darker, more atmospheric  and more focused than either of the group’s previous releases. With their debut, the band crafted a solid and exciting album, but it was largely reactionary; a very chiptunes-infused, buzzy album for the internet age. The duo’s followup showed a logical evolution, shedding many of the previous gimmicks and flexing a newfound knack for pop songs with a nontraditional presentation. III takes things a step further: the once reactionary band has found and firmly rooted its voice and style. The tracks feel like more confident, fully formed songs than experiments. III is dark and rife with a greater sense of timelessness, yet still firmly rooted in the electronic art-rock foundation fans of the band have come to expect. I, for one, can’t get enough of it!

Check Out: “Affection,” the abrasive, textured single that exemplifies III‘s harmony between the best of what Crystal Castles have done and how they’ve evolved as artists. Quick Take: It must be something in that Florida water, because not only does the state of so much election night stress churn out a ton of good bands in general, it has an especially unlikely knack for quality punk bands. Hot Water Music, Against Me!, and Fake Problems have all come out of Florida in recent years. Orlando’s The New Lows should also be counted among that list. I Couldn’t Sleep is the band’s third release after over a decade of lineup changes and moving around the country. The record is a fantastic collection of no-frills, unpretentious melodic punk in the vein of Jawbreaker (or, perhaps, not a far shoot from contemporary peers The Menzingers). With the longest track clocking in at 3:18 and half the songs barely topping 2 minutes, The New Lows have perfected their songwriting craft in a concise, powerful, and tremendously effective way. Melodic yet aggressive and flexing a surprisingly wide range of influences, I Couldn’t Sleep is an incredibly enjoyable listen and a reminder that punk, the real stuff, isn’t quite dead yet.

Check Out: “Stove,” the heartfelt and melodic single that shows off the group’s dynamic sensibilities (and even wavers a bit on the indie rock side). Production-wise it borrows a lot from the new ’90s emo scene, and that’s more than alright with me. Quick Take: At this point in the Deftones’ two-decade spanning career I’m not really expecting another White Pony. As a group that has stayed evolutionary (hey, they survived nu-metal) and continuously more expansive (listen to how much bigger 2006’s Saturday Night Wrist sounds in comparison to 1995’s Adrenaline), Deftones have become a band of consistent quality yet seemingly one past their peak of inspiration. I’m a bit blown away by just how good Koi No Yokan is. It’s not White Pony 2, but it’s damn-near close. Frontman Chino Moreno lashes and writhes with an intensity and inspiration not seen in years, atop sludgy and slow-building riffs. It’s not as heavy as previous releases and that’s a good thing: the Deftones traditional brand of heavy sounds dated in the current musical context and they’ve distilled their strengths to a heaviness from structure, rather than in-your-face intensity. Koi No Yokan is a pleasant surprise and it’s definitely safe to say the Deftones are back!

Check Out: “Tempest,” the slow building and intensely melodic that captures the spirit of classic Deftones without sounding dated. Quick Take: Though he’s best known for his main gig as the drummer for pop punk superstars Blink-182, Travis Barker has been no stranger to hip hop over the years. With collaborations ranging from N.E.R.D. to T.I. to Warren G to Lil’ Wayne (not to mention Barker’s own hip hop-infused solo outing last year), it seemed only a matter of time before he’d release a proper hip hop collaboration album. Though Yelawolf and Barker have previously collaborated, the rapper wouldn’t necessarily have been my first choice for a whole collaboration album. However, once it all comes together it immediately makes sense: the MC’s fast clip delivery is a perfect match for Barker’s drum style, which alternates between slow east coast rap grooves and super fast, machinal drum corps beats. I’d normally call live drums underneath hip hop production a bit superfluous (even as a drummer myself), or at least not worthy of special attention (or a big name), but Barker’s unparalleled technical skill and approach to mapping out rhythms turns his instrument into something more than it deserves to be. Barker plays drums with a voice, and the results are always breathtaking to hear. The fact that this record is just an EP probably serves it well; it’s a lean, sonic assault of above-average hip hop with mind-blowing rhythmic structure that doesn’t reach any particular heights of innovation but squarely and wholly hits its mark and makes for a fantastic listen. Quick Take: Alright, I’ll level with you: It’s been over a decade and a half since Soundgarden’s last album Down on the Upside. Audioslave was not that great (and thank god Rage Against the Machine is back). Chris Cornell’s solo work was passable at best. It’s been long enough since that late ’90s post-grunge reactionary movement of uninspired douche rock aped the real alt-rock movement that it’s finally alright to like the old stuff again; people have forgotten how lame the movement became. Also, ’90s nostalgia is all the rage these days. So, what better time than now for Soundgarden to finally make a comeback? With their exact same ’90s lineup, King Animal literally picks up where the band left off without missing a beat. It’s almost unbelievable, after all these years, that Soundgarden still sounds exactly like Soundgarden. It’s not their best album, not their worst, but a really refreshing nostalgic trip that reminds me of why I loved the band so much to begin with. And Cornell’s voice is as huge and strong as ever. If you’re a fan, or just looking for some real-deal ’90s nostalgia, you’ll probably love it.

Check Out: “Been Away Too Long,” the intro track and first single. When Chris Cornell shrieks “I’ve been away for too long,” I wholeheartedly agree. BONUS: Guided by Voices- The Bears for Lunch [Fire]

Why: Indie rockers Guided by Voices really seem to be attempting to make up for lost time this year. After breaking up in 2004 and reuniting in 2010, when the band finally started releasing new music earlier this year they apparently meant business. The Bears for Lunch is Guided by Voices’ third album of 2012, which seems a bit much, but they’ve all been great and this one’s no exception- it might even be the best. Check out fun, straightforward indie jam “Shes Lives in an Airport” streaming at Rolling Stone. Why: Pop punk, as a genre, has basically split into two camps: the radio-tailored inauthentic pop groups copping a sound that was popular a few years ago and the sincere, albeit lesser-known, crop of bands that drew honest influence from the pop punk movement on the late ’90s and early ’00s. Major League falls into the latter category. Deliciously poppy, heartfelt, and biting, Hard Feelings is a smart and well-crafted piece of fun, honest pop punk. Check out the driven, hook-laden, melodically dense single “Final Thoughts” and stream the entire album on Spotify. Why: Storm the Beaches are an example of another possible result of a generation of musicians raised on pop punk: the incorporation of that influence into a more expansive and inhibited style. A bit indie pop and a bit rock and roll, Hemisphere is a very strong debut. It’s layered, it’s lyrically sharp, and tastefully constructed with fine-tuned melodic sensibilities. Expect big things from these guys! Check out the impossibly catchy and sensitive “Someday Came Suddenly” and stream the entire album on BandCamp.

Pinback and Solos, Tonight at Exit/In