Superbowl Halftime Show and MIA flicked you off… 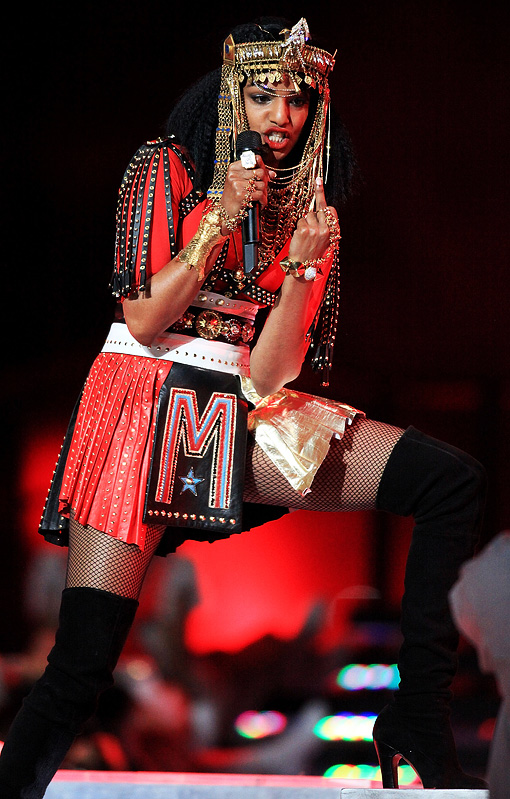 I love it when people say “flicked off” instead of “flipped off”, and I was especially excited to use that phrase in a post after seeing MIA “flick off” the world on it’s biggest televised stage.  So, what did you think of that Madonna produced party?  I’m not really a huge Madonna fan.  I wanted to “flick her off” at Coachella a few years ago when she showed up 30 minutes late to her 45 minute set, and I haven’t gotten over it.  That being said, she really knows how to put on a show.  Whether it was lipsynced or not, that was a pretty amazing collaboration with her, LMFAO, Nikki Minaj, MIA, Cee-Lo Green and about a zillion dancers on stage.

I’ve attached a video of the full halftime show below.  For those of you don’t have 13 minutes of patience, I’ve also included the 18 second clip of MIA’s embarrassing performance.  The NFL and NBC both issued apologies while blaming each other. No apology has been issued by MIA (Shocking, i know), but apparently she’ll be paying any FCC fines if they are levied against the NFL or NBC.