Lots of you have tomorrow off which means that tonight is like a Friday, and, let’s face it, you aren’t going to get much done even if you do have to work tomorrow.  Maybe we should look at it more like a Thursday before a long weekend stuck inside listening to the same stories over and over again by your family members.  So, why don’t you get out to have a little time for yourself tonight in Nashville. 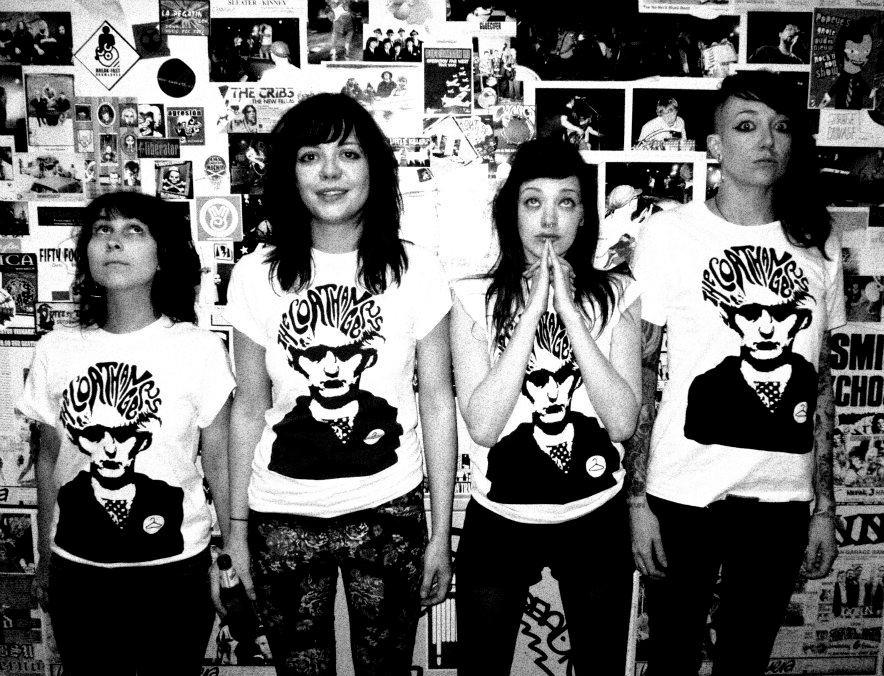 Atlanta based girl-group The Coathangers are playing at The End tonight in Nashville, and it is gonna be a good time.  This band released their first record in 2007, and they have been thumbing their noses at the music establishment ever since.  From their playful often silly musical styles, gender mocking lyrics, and a name that is a self-admitted crude abortion reference, these gals are like honey badgers… they just don’t give a shit.  They have adapted their personas in the band by taking names like “Bebe Coathanger” (Candice Jones/Keyboards), “Rusty Coathanger” (Stephanie Luke/Drums), “Crook Kid Coathanger” (Julia Kugel/Guitar), and “Minnie Coathanger” (Meredith Franco/bass).  In a 2009 Paste Magazine interview “Bebe” had this to say, “We’re in on the joke… We made up the joke. We know what it’s about. That’s why we’re laughing.” It is that liberation that makes them so interesting to me, but it’s also a hard-driving rock sound and attitude that makes you wonder if they aren’t sisters to fellow Atlantans Black Lips.

The Coathangers have released four records to date, and, despite the nose thumbing, have received quite a bit of acclaim.  They have tons of write ups from the likes of Pitchfork, Village Voice, The Austin Chronicle, & numerous other music blogs.  They’ve toured the country and been part of South by Southwest.  They aren’t a band on the rise as much as they are a band under the radar, and you have a chance to see them up close and personal tonight at The End.  Click here for a listen to their 2009 LP, Scramble.

Things get started around 9pm with a handful of Nashville female powerhouses including Thelma and The Sleaze, Birdcloud, Fancytramp.  Tickets are only $6, and you can grab them here if you want to plan in advance.  Get out and see some live music!

Get to Know: Luke Roberts