You wouldn’t believe the number of tabs and browser windows that I have open at any given time.  So, I am going to take this opportunity to tell you about the stuff that is rambling through my scrambled gray matter, and to be able to restart this sputtering computer.  I hope I still have something to write about this week!

Wilco is officially releasing their new album, The Whole Love, tomorrow, and they have already started touring.  Apparently, Wilco is fully embracing the digital age, as it seems there are video leaks from every show on the tour so far.  The biggest of those was when they performed a 12 song set for Letterman last week.  You can check that out to get you ready for the show at The Ryman on Saturday & Sunday.

It was announced last week that Beirut will be playing the Cannery Ballroom on November 7th, and that is something for us to be excited about.  They released (the physical version) of their album last week.  And, that corresponds nicely with the release of their Tiny Desk Concert at the NPR studios.  Love the write up about them coming straight from Bonnaroo to make that TDC happen.  I saw them at Bonnaroo, didn’t expect much given the expansive space, and was totally mesmerized by the sounds that came out of Zach and Co. on that 10,000 degree day back in June.

Something In The Way

NPR’s All Songs Considered blog is doing a pretty cool series.  The seemingly never ending tribute to the 20th anniversary of Nirvana’s Nevermind continues to be the cover story for practically every music news outlet (and I guess I am contributing).  Well, NPR has collected some of the many different covers of the song “Something In The Way”, and are comparing the many different voices that artists have given to it.  Artists include Thou, Damien Jurado (damn, I still need to write that Hoquiam post), and David Bazan.  So, how does this relate to Nashville?  Well, you should also check out Spin Magazine’s Tribute Album released earlier this year, because JEFF The Brotherhood did a very loud grungy version of the very same “Something In The Way”.  I’ve attached it below for you to check out.

JEFF The Brotherhood – “Something In The Way”

The newest Nashville music venue (which you helped to name), Marathon Music Works, has launched it’s website, and has announced it’s first show.  The Warren Haynes Band will be performing on November 25th.  Doors at 7:30 and tickets are $25.

I probably should have put this one up last week.  Athens, AL’s The Shakes were slated to play, apparently unslated to play, and then ended up playing at Third Man Records during SoundLand.  I was excited to see this set, but didn’t get the chance too (once again, thanks, life).  Luckily the folks over at Nashville Cream made it over there and loved it.  They aren’t the only ones that are taking notice of this buzz band, LA based music blog, Aquarium Drunkard, did a nice little cover on The Shakes last week.

The new Dum Dum Girls album is streaming over at the AV Club.  I’ve also attached the SoundCloud player here.  The new album, Only In Dream, releases tomorrow (9/27), and you can try it before you buy it here.

and Finally….. Who Cares!

Guns N’ Roses might play in Nashville at some point.  I won’t even bother to write that up, but you can read about it at The Cream’s site.  If you didn’t see them 20 years ago, then you can look at this creamed-up picture to see why you really don’t care to see them now. 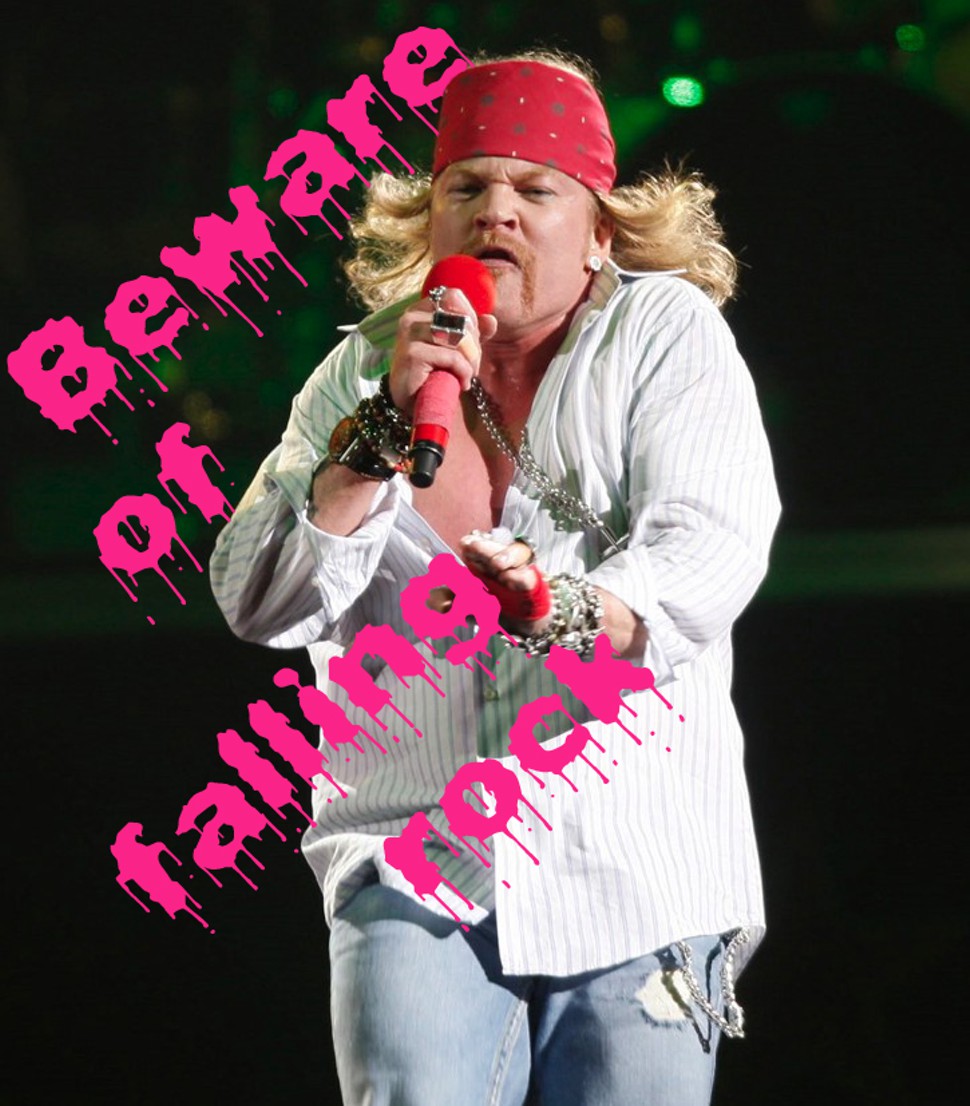