It has been reported all over the internet today about Jack White’s new collaboration with Detroit MC/producer Black Milk.  If this continues, maybe we will be checking out “White” Milk at some upcoming festival.  Sorry, I couldn’t help it. 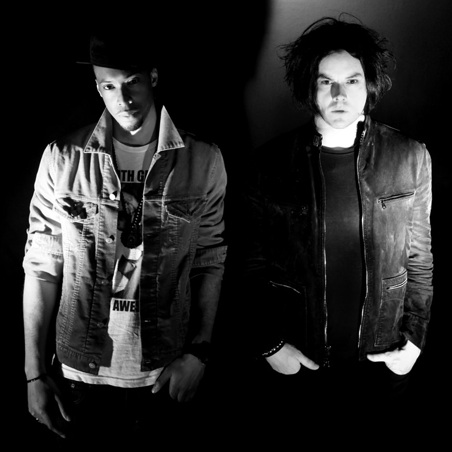 Black Milk (aka Curtis Cross) came to Nashville back in April for a show at Third Man Records, and the resulting 7″ vinyl, released today through the Third Man website, is the first product from that effort.  Co-producer Jack White is found playing drums on the track “Mega Royal” and plays guitar on the track “Brains”.  This is the first foray into hip-hop for Third Man Records, and prompted Spin Magazine to question is “Jack White Is The Next Dr. Dre?”.  While I doubt that this is the case for the workaholic White, it is another exciting page in the portfolio of one of Nashville’s most creative citizens.  It’s hard to keep up with Third Man.

The full Black Milk show was supposedly recorded and may be pressed to vinyl for purchase at a later time.  Though, we know that a lot of the full show vinyls are limited editions for attendees only.  Take a listen to “Royal Mega” (via Pitchfork) below, and you can listen to “Brain” over at Third Man’s SoundCloud page here.