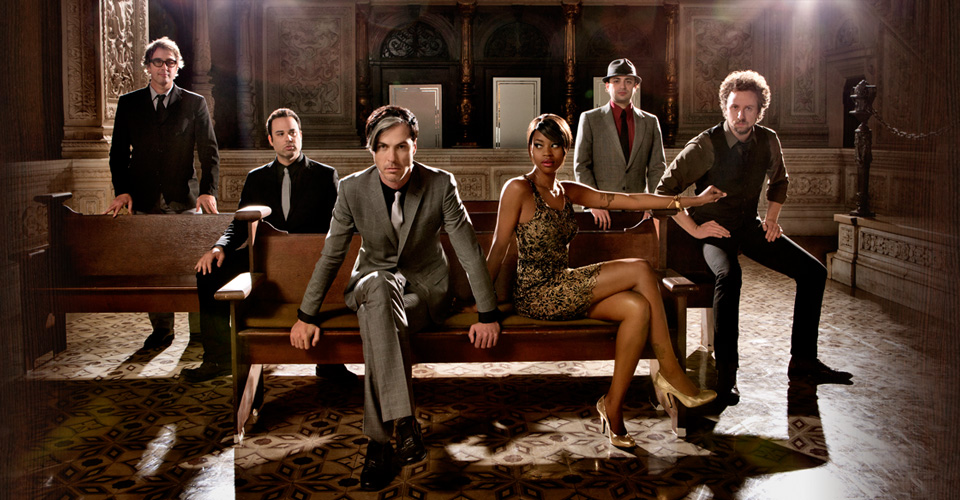 Fitz and the Tantrums are a Los Angeles based indie soul pop band that are causing a stir on more than just the dance floor.  They are slated to play dates all over the world, and will also be hitting up some of the top festivals this summer. Their debut record Pickin’ Up The Pieces (released in August 2010 on Dangerbird Records) has received significant acclaim.  The hit song “Money Grabber” has been played on Kimmel, Conan, and Leno.

You can download a free live track of “Don’t Gotta Work It Out” over at their website.  You can also check out (and download) their Daytrotter session, and a session that they performed in the Live From Daryl’s House (yeah, that’s Daryl Hall of Hall & Oates) web session.  You can also listen to one minute “preview” clips of tracks from their Pickin’ Up The Pieces album below.

But, before you decide just how awesome they are from the record, remember what Los Angeles Times music critic Ann Powers wrote, “Fitz & the Tantrums is the kind of band that communicates best in concert, but this album serves as a fine proxy and party-starter.”  You get your chance to see Fitz and the Tantrums in Nashville at Mercy Lounge on July 5th.  Tickets are limited for this one, so best not to wait to pick these up at the door.