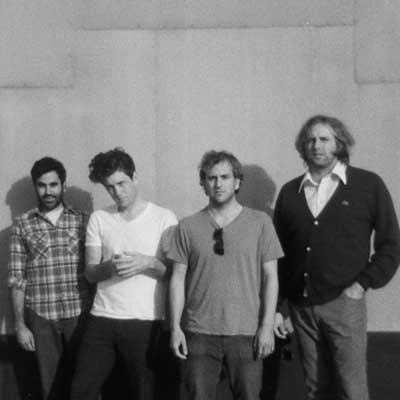 In support of their recently released Born With Stripes (released on Dead Oceans), The Donkeys will be playing at The End in Nashville on June 1st.  The band hails from San Diego, CA, and you can hear that in their laid back but uplifting, soothing but jangly version of rock n’ roll.  Part pop, part surf scene, part shoegaze…. i’m taking my next road trip with this band’s three disc catalogue.  It is the epitome of chill.  Lots of interesting sounds to hear in the new album such as the droning sitar in “West Coast Raga”, are the Beach Boys backing for “New Blue Stockings”, while The Velvet Underground are surely involved in “Ceiling Tan”.  This record is getting a lot of play for me right now, if you can’t tell.

This will be a warm up for The Donkey’s, and their just announced upcoming tour with The Hold Steady.  You can get your tickets to see them at The End on June 1st, HERE.

Below are links to the three songs mentioned above to get you acquainted.

Ceiling Tan (from Born With Stripes)