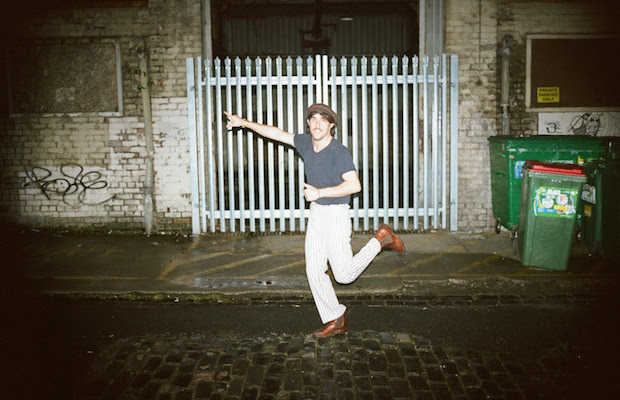 By now, regular readers should be more than familiar with HalfNoise, the solo musical vehicle of Paramore drummer Zac Farro, a longtime local fave and friend of the site. Formed and cultivated between Farro’s 2010 departure from Paramore and his return to the renowned group in 2017, HalfNoise has, so far, released two full-length albums and three EPs, navigating the realms of ambient, indie rock, synthpop, and groovy, retro psychedelic rock. In a swift followup to 2017’s The Velvet Face EP, HalfNoise dropped his latest EP, Flowerss, last year, which keeps with the analog, psyched-out vibe but also reincorporates some of the ambient, layered feel of prior releases (like 2014 full-length Volcano Crowe and 2016 followup Sudden Feeling). Sticking with that same prolific schedule (and now with some free time as Paramore take a breather), Farro recently returned with a new single, along with the promise of another record on the way.

As you may recall, HalfNoise hosted an epic Velvet Face release show in 2017 at Lucky Bamboo, which featured Farro’s Paramore bandmates sharing the stage as part of the backing band, their first time officially performing together since his initial departure. The following two years saw Paramore tour the world, celebrating the success of phenomenal new LP After Laughter, while still leaving Zac with time to focus on HalfNoise between stints on the road with his other gig (notably, much of the live incarnation of HalfNoise has been also incorporated into Paramore’s live band), including fitting in time for shows at The End, a Flowerss release show last year at Exit/In, and a recent outing at The Basement East. With more time to work on new art (Farro also just released a photo book) and to devote a full-time musical focus on HalfNoise for the moment, we suspect Farro’s Bonnaroo debut will be a particularly special outing. Bear in mind though: while it has been super cool and special to see Farro’s Paramore bandmates back him at past appearances (which, it turn, made HalfNoise tunes live, fan-favorite staples of recent Paramore tour encores), you should show up expecting nothing more than HalfNoise show, and that alone, as we’ve been buzzing about for years, is always a blast.

LISTEN | “Scooby’s in the Back”

WATCH | “All That Love Is” (Official Music Video)