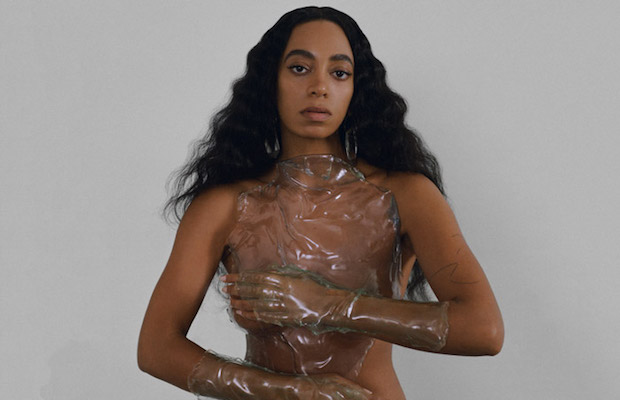 Texas born, New Orleans based singer Solange Knowles, who makes music under the mononym Solange, is, of course, the younger sister of r&b megastar Beyoncé, but with a distinct music career of her own that has spanned nearly two decades, she’s a singular and unique artistic force who should be viewed through her own lens, without the shadow of familial connections. It was, however, her family who helped Solange get her start as a young teen, having studied singing and dancing since childhood, and writing her own songs since she was in her single digits, ultimately leading to some early background dancing and fill-in spots with Beyoncé’s breakout group Destiny’s Child, a Disney Channel theme song, guidance from her manager and label head father, and, eventually a debut solo album, Solo Star, in 2002. In line with the pop and r&b trends at the time, a young Solange had little creative input in her first LP, but in subsequent years honed her writing chops (working with her sister and other members of Destiny’s Child on their solo works), found some success in acting, frequently guested with other artists, and honed her sound, crafting a retro, Motown and soul influenced work that felt more in-line with her unique identity with 2008’s sophomore album Sol-Angel and the Hadley St. Dreams.

In the decade since, Solange has, similar to but in a distinct way from her sister, transcended her early years to become an enigmatic, beloved, artistically refined, entrepreneurial, culturally important figure, praised for her music, her fashion, and her artistic image as a whole. While her 2012 new wave inspired EP True provided an interesting evolution in her long road to new music, and the founding of her own label, Saint Records, showcased Solange’s tastemaking business acumen, it was long-awaited 2016 third full-length A Seat at the Table which truly embodied the singer’s maturation and transcendence, earning widespread critical-acclaim, her first #1 chart spot, a Grammy, and a renewed crop of high-profile performances, praised for its genre-bending, socially charged, modern, sweeping, smart, and hypnotic r&b, neo soul, and funk, every bit the next-level, legacy-making triumph of her sister’s similarly brilliant Lemonade. This year’s  When I Get Home is the masterful, logical followup we’ve been waiting for, just as bold and brilliant if a bit comparatively lighter, and her return to Bonnaroo, the first time since an inspired 2013 outing (not counting a surprise appearance with Chairlift in ‘09), is bound to be one of the weekend’s best moments.

LISTEN | “Cranes in the Sky”