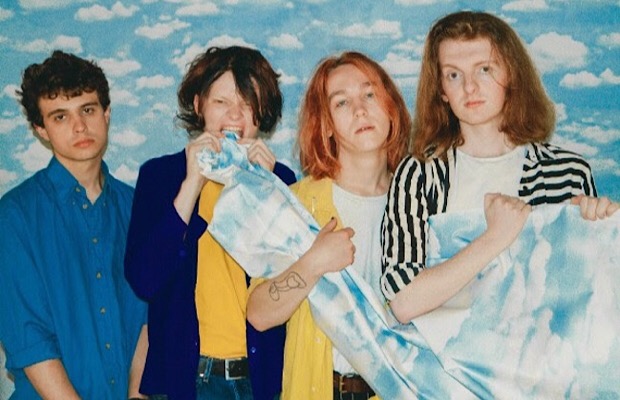 One of the newest bands to grace Bonnaroo’s lineup this summer, but already buzzworthy, stars on the rise in their native UK, frenetic, punk-spirited indie rockers King Nun only came together a few years ago, cutting their teeth as teens playing open mics nights around their native Twickenham, London, honing a wild, enigmatic, and charismatic stage presence and timeless and exciting rock sound. Soon attracting notice of Dirty Hit, the trendy British label responsible for bands like The 1975 and Wolf Alice, King Nun sprung onto the scene with debut single “Tulip,” and played their first proper show opening for labelmates Superfood (later embarking on their first ever tour with the group as well, along with fellow breakout Dirty Hit act Pale Waves).

Throughout 2017, King Nun continued to broaden their fanbase and amass critical acclaim through a series of well-received, grungy, poppy, upbeat, and hard-hitting singles, including their breakout track “Hung Around,” followed by a transformative 2018 that included a show-stealing debut at Reading and Leeds, a spot at DIY’s Class of 2018, and the long-awaited release of their debut EP, I Have Love, last fall, an effort they intentionally took extra time to hone, perfect, and approach as a cohesive, singular piece of art. While still working to break through stateside, King Nun are an exciting new act to watch, modern and fresh more than retro revivalists, and with a dynamic and inherent cool that most bands can only dream of. Their Who Stage debut seems poised to channel infamous club stage sets of Bonnaroos past like The Orwells and Diarrhea Planet, and, like their labelmates The 1975 and Pale Waves, we have no doubt that King Nun are destined for big things in no time.