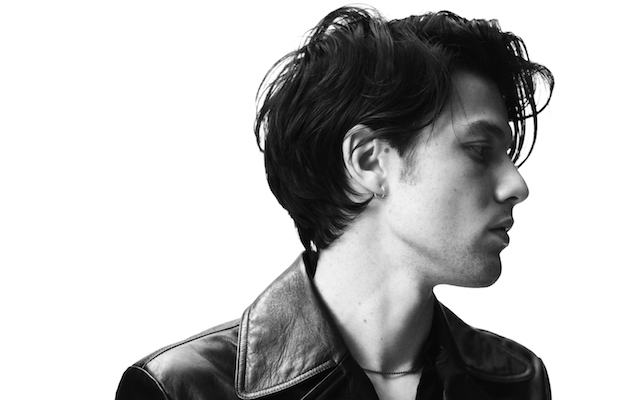 Now a few years removed from the breakout success of his fantastic debut effort, Chaos and the Calm (recorded in Nashville, as it so happens), British singer-songwriter James Bay has certainly settled into the modern musical landscape as an impressive and interesting figure in the pop and rock world, and one who has a lot more range and substance that his ballad-y biggest hits might initially suggest. As he preps to release his highly-anticipated sophomore LP Electric Light this May, James has already managed to subtly reinvent himself, changing not only his look (goodbye extra long locks) but his sound, adopting a more layered, experimental bent crafted over much of last year in an intimate writing space. You’ve no doubt heard his latest standout single, “Wild Love,” and perhaps saw his recent triumphant SNL debut, but if you want to see Bay do his thing in person (always the preferred method of of soaking up his anthemic and earnest sound), you’re in luck, as his rapidly expanding 2018 tour slate now includes a Sept. 14 stop at Ascend Amphitheater. Tickets are available now right here, but we’re excited to announce that we’re also giving away a pair of tickets to one lucky fan. Read on for more about the show, and enter for a chance to win below!

Hailing from Hitchin, Hertfordshire, England, James Bay developed an early love for music after hearing Eric Clapton’s “Layla” at only 11 years old. After moving to Brighton to study at the Brighton Institute of Modern Music, Bay really developed his sound and honed his live show by performing the city’s open mic circuit, an exercise which also initially garnered interest from Republic Records. Discovered after a fan uploaded a video of one of his performances to YouTube, Bay quickly nabbed a lucrative major label record deal, and released a string of four EPs from mid-2013 to early 2015. The young singer, now just 27, found breakout worldwide success with his debut LP, 2015’s Nashville-recorded Chaos in the Calm, landing at #1 in the British charts and garnering awards attention, including multiple Grammy nominations, facilitating tours with the likes of Hozier, Taylor Swift, and as a buzzy solo performer at festivals and clubs around the globe.

Though his forthcoming sophomore followup, Electric Light, set to arrive on May 18, builds on the same pop, folk, soul, r&b, and alternative influences that fueled his debut, Bay intentionally spent much of last year experimenting with new ideas and sounds in a conscious effort flex his range beyond “ballad-y acoustic guitar guy.” Composed in East London’s Baltic Studios, James co-wrote and co-produced Electric Light with longtime friend and collaborator Jon Green, sessions originally meant to be demos which ended up providing the genesis for much of the raw, layered, backbone of the record, fleshed out by talented producer Paul Epworth. Already, with singles “Wild Love” and “Pink Lemonade,” Bay is forging a second wave of success while branching out as an artist, earning recent praise of his latest video featuring Stranger Things‘ Natalia Dyer, as well as a buzzed-about debut on Saturday Night Live. As he returns to the road and preps his new release, the modern icon in the making has never seemed more confident or in touch with his own artistry, and as a city instrumental in helping him get here, Bay’s Nashville return is sure to be nothing short of magical.

Winner will be announced Monday, April 2 at 5 p.m. CDT, and will receive one pair of tickets. Good luck!