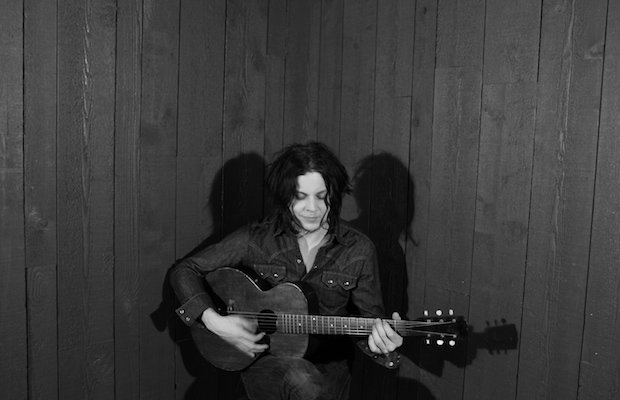 We’ve long known that new music from resident local rocker and Third Man Records head honcho Jack White was on the way, after he revealed last spring that he’d been holed up in a small apartment, writing with no distractions. Weeks of musical teases and a wave of huge festival announcements- Jack’s first full-scale live dates in about three years- gave way this week to not one, but two new tracks, lead single “Connected By Love” (which also arrived with an accompanying music video, below), and more experimental b-side “Respect Commander.” Both offer a taste of the more ambitious and expansive direction the prolific musician is said to have taken on his upcoming third full-length, Boarding House Reach, which has just been reveled for a March 23 release via Third Man/Columbia.

Simultaneously a timeless, deconstructionist return to his roots and an ambitious and expansive exploration of his wide-ranging and eclectic musical tastes, Boarding House Reach sounds poised to be the most unique effort of Jack’s solo discography, and certainly one of our most-anticipated albums of the year. It wouldn’t be a Jack White album without some special, physical releases as well. You have until Jan. 31 to sign up for a pretty stellar Vault package, featuring what will be the only variant of the full-length plus so much more. Additionally, “Connected By Love” will be available as an exclusive, one day only tri-color variant 7-inch at Third Man’s storefront on Saturday, Jan. 13, on a first-come, first-served basis and for only as long as there’s a line; details here. Check out the new tracks below, and keep an eye out for live show announcements; so far, Shaky Knees in Atlanta is the closest show, but we suspect a full tour is imminent.

Win A VIP Getaway To Bluegrass Underground With The #BGUBucketList Contest