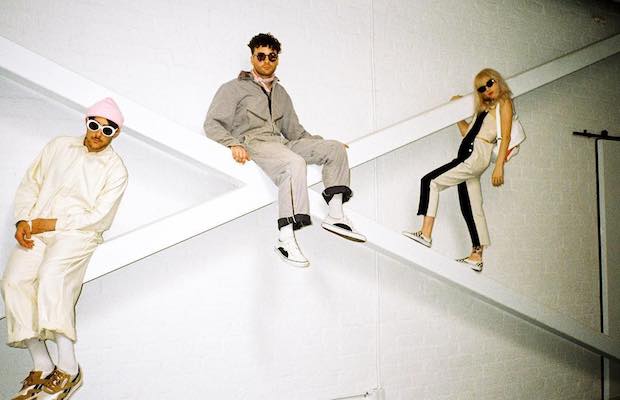 Famed local rock outfit Paramore sprung back to life last month, with the surprise release of a new single, “Hard Times,” and news that their long-awaited fifth album, After Laughter, recorded at Nashville’s historic RCA Studio A and produced by Justin Meldal-Johnsen, will finally arrive May 12 via Fueled By Ramen.

As the new record’s debut inches closer, the band have unveiled yet another stellar new single today, “Told You So,” complete with a fun, stylish, retro-inspired new video co-directed by drummer Zac Farro (who rejoined the band ahead of After Laughter) and Aaron Joseph, which you can watch below and or stream on your platform of choice. Like “Hard Times,” the song adopts a gloriously poppy, synthy, groovy bent, and leaves us eager to hear what’s next!

And that’s not all! While the initial album announcement came with a string of overseas dates, and, since, a few festivals spots, we’re still waiting patiently for a stateside tour. It seems like most of the U.S. will have to wait just a little bit longer, but Nashville- we’re in luck! Announced punk rock style, via handbills, the band are plotting a surprise, intimate show next week, May 10 at none other than Exit/In, right across the street from the spot where they played their first show ever, The End, in 2004. An amazing treat for local fans, this will be Paramore’s first Nashville show since a stripped down appearance at the Grand Ole Opry House in 2015, and first venue date (last year’s Parahoy musical cruise notwithstanding) in nearly two years.

Psst, hey Nashville… @paramore has a surprise for you!!

Details and ticket info should arrive here, when available. Check out “Told You So” below!

UPDATE 5/5/17: Paramore have also announced a record signing at Grimey’s (where they previously appeared at Record Store Day in 2013 in support of their self-titled last album), to coincide with After Laughter‘s release on May 12 at 4 p.m. In order to obtain a wristband to meet the band, you’ll need to pre-order a copy of the album in person, and space in first come, first served (though several hundred spots are reportedly up for grabs). This appears to be a signing only, not an in-store performance.

UPDATE: 5/11/17: Check out our full review and photos from the Exit/In show right here!