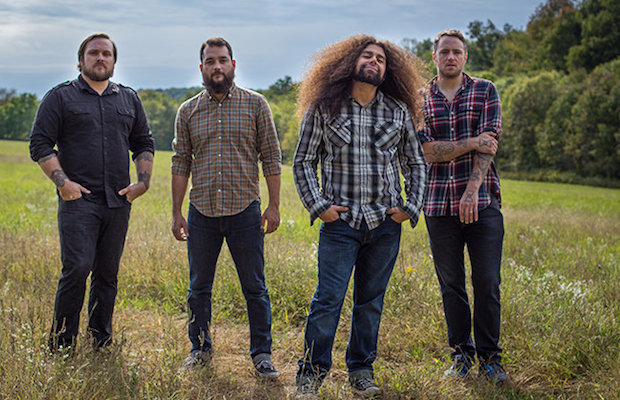 More than three years after their last Nashville club date, acclaimed prog rockers Coheed and Cambria have finally announced a return to Marathon Music Works, on March 15 with Glassjaw and Silver Snakes. Coheed did make a Music City stop this summer, to headline Ink N Iron Fest, but we’d wager you probably missed that one, since, well, no one was there. Out in support of their impressive new album (which abandons their long-running sci-fi concept for a real, personal thematic focus) The Color Before the Sun, Coheed’s return is surely highly-anticipated, but the inclusion of Glassjaw might just rival that excitement. The New York post-hardcore group have become something of modern legends, and, though they never broke up per se, they’ve been only intermittently active over the last decade, performing a handful of shows and releasing a couple of EPs since their last (and most celebrated full-length), 2002’s Worship and Tribute. Best we can tell, this marks Glassjaw’s first Nashville show ever (or, at least, first in something like 15 years), and that alone should make this a must-see outing. The stacked bill also means tickets are likely to sell out, so grab yours here now, or risk missing out on what’s sure to be one of the best shows of 2016.

Daniella Mason Stays Cool With “Shade of You”