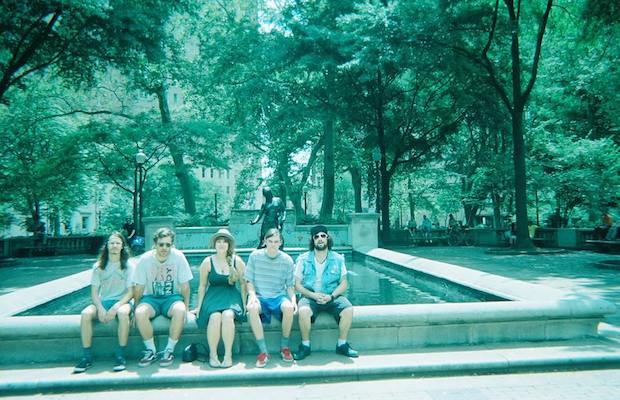 Just last month we had Buffalo Rodeo play one of our Acme Feed & Seed Tuesday night showcases. We’ve long been fans of theirs but we were so impressed by them this time around that we actually called them the “next big Nashville/Bowling Green band”. We highly recommend you check out their show at the Basement East on Sunday, August 9th, alongside Concord America and Chief Scout. The show is 21+, starts at 9 pm, and will cost you $5 at the door.

It’s hard for us to say enough great things about local band Buffalo Rodeo. Though they’re actually from Bowling Green, we’re more than happy to claim them as Nashvillians, and they play in town often enough that they practically are. Their psychedelic rock is about as good as it gets and they put on an electrifying, intense live show. We’re sure you’ll be as big of fans as we are after seeing them play this weekend.

Atlanta-based Concord America is the band of brothers Jonny and Vinny Restivo, along with friend Ben Presley. They have a wide range of musical influences, from doo-wop to the Black Lips. Their first recording, Shag Nasty, was lo-fi and loose, showcasing the band’s natural dynamic as a three-piece. Their current EP, Suns Out Guns Out, was recorded much the same way, over just a few days in a cabin. Their next album is recorded and should be out soon.

Another Atlanta-based band, Chief Scout has only been together for a little over a year, but already the project of Trey Rosenkampff is making waves. This spring they released a video for “Oh, Shit,” which was premiered by Stereogum. Chief Scout is a bluesy, garage rock band that will fit perfectly alongside Buffalo Rodeo and Concord America on Sunday night’s bill.

Buffalo Rodeo, Concord America, and Chief Scout will perform Sunday August 9th at The Basement East. The show is 21+, begins at at 9pm (doors at 8pm), and tickets are available for $5 at the door.