By this point, Alanna Royale is practically a household name amongst Nashville music lovers.  Having performed sold out shows since their EP Release Party at The Basement back in January, it seems that this band is continually gaining popularity in town.  That’s quite an accomplishment for a band that only has a handful of songs, and can barely find the time to write new ones. 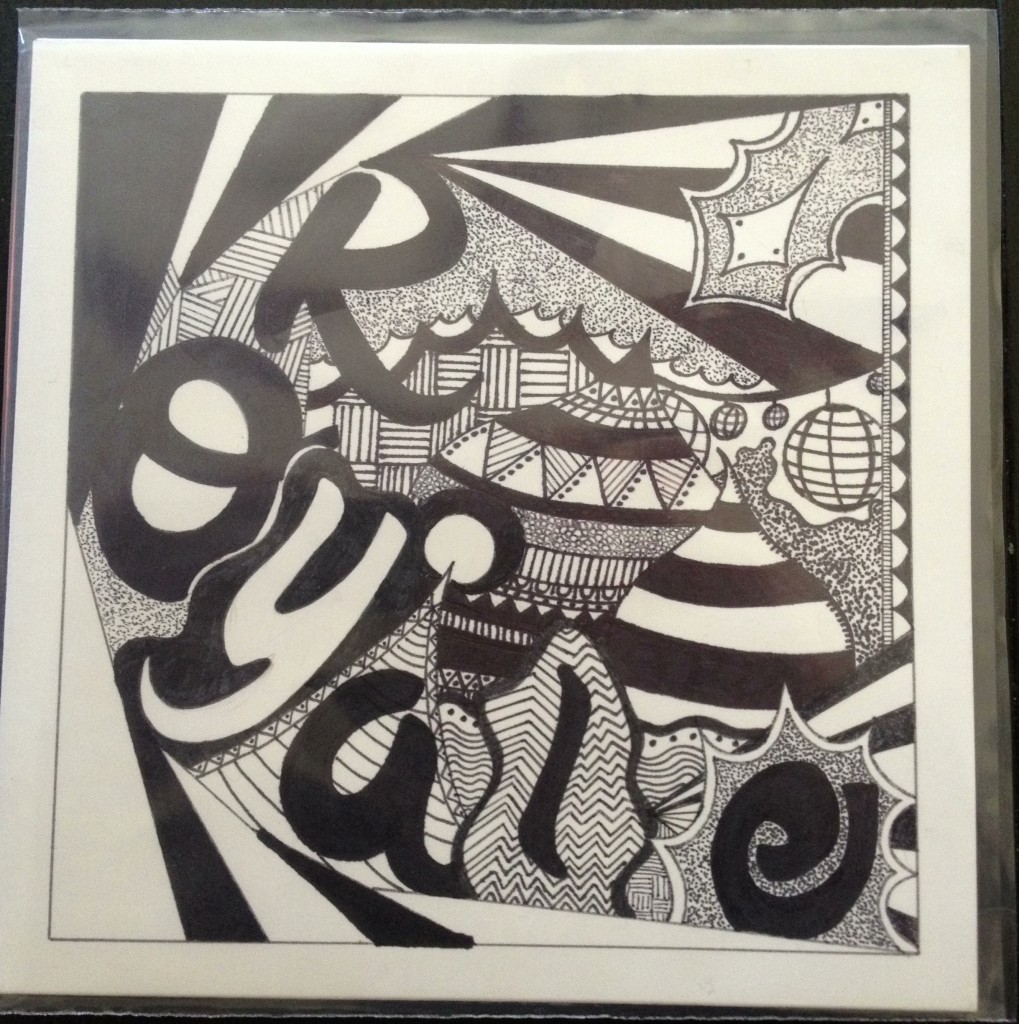 So, we were thrilled when we got a call (seriously, not an email or a text, but a call) from Nashville’s beloved nouveau R&B group asking us to have dinner with them. The recent Road To Bonnaroo winners sat down with us for a very entertaining discussion about their beginnings, Record Store Day, and so much more.  If you know singer and personality Alanna Quinn-Broadus, guitar man Jared Colby, or drummer Matt Snow, then you already know the frenetic, high energy, and, frankly, not safe for the public interaction that happened.  If you don’t know these guys, keep reading after the jump to check out the full run down, and everything you need to know about their Record Store Day plans.

It was a rainy night when I met Alanna Royale (that’s the band, not a person) at The Wild Cow in East Nashville, and I knew I was in for an insane time from the first few minutes.  While ordering, we jumped through so many topics that my notes were just a jumble of words (full disclaimer, I am not a professional interviewer).  Let me give you an example of how we got started…

Matt Snow: Dude, have you listened to Muddy 1470AM.  That’s my new jam these days.
Alanna: [in song] That’s my fucking jam these days…
Jared: That’s because the women that listen to that station have big butts…
Alanna: … everyone in this band is down with the full figured women!
Matt: I don’t trust people who don’t have big butts.
All:  [in loud song] WE LIKE BIG BUTTS, AND WE CANNOT LIE! YOU OTHER BROTHERS CAN’T DENY….
Alanna: So, let me tell you about my day.  I went into Hair World and bought these earrings, and the black ladies in there just love me.  I guess they just like a white girl with tattoos, big earrings, and a big ass.
Matt: Dude, what about whiskey enemas?
No Country: Alright… whoa, whoa, whoa, whoa…. slow down people.  Let’s talk about things that folks (myself included) will actually understand.

I would like to say things became less frenetically entertaining after that, but, if you got any indication from the above few lines, that’s not likely in the cards.  I’ll give you some more highlights of the interview below, but, in the meantime, let’s bury ourselves in some of the real details that we found out about the band and their Record Store Day 7-inch release,

NC: Tell us about how you guys met.

AR: We (Alanna, Jared, & Matt) actually met at Berklee around 10 years ago, but didn’t all connect as a band until we got to Nashville.  We’ve all been in a number of bands over the years, but this sound was something special that we found while playing around with new band ideas after arriving in Nashville last summer.

NC: When did you know that you were onto something special?

AR: We were playing around with an indie rock band called “Sex Eaters”….

NC: Wait, there are some indie rock demos from you guys out there somewhere?

AR: Yeah, but we didn’t get very far.  When Matt Snow heard the soul sound Jared and I (Alanna) had been playing around with on the side, he was immediately intrigued.  Despite Jared’s training as a bassist, Gabe came in and the sound really filled out.  So, Jared grabbed a guitar, and the journey continued.  Add in a fateful introduction to horn maestro Roy Agee at the Village Pub, and the horn section came to life.  The next thing we know we are at Trapdoor Studios, and the dream became a reality.  It was a pretty serendipitous beginning for a band.

[editor’s note: there was a significant intermission here of singing, laughing, and discussion of great potential band names like “Daikon Bomb”]

NC: Tell us about your Record Store Day Plans.

AR: The project is a 7-inch called Everybody Now!. The name is an homage to both the call & response techniques commonly employed in soul songs, as well as, the sheer mass of participation that it took from the community to see this dream come to life.  Our idea was to spotlight the bond between visual and musical artists in Nashville by asking 20 local artists to hand-design 5 sleeves to complete the 100 piece limited edition run that we have for Record Store Day.

NC: Wow, that is indeed ambitious.  Did you know 20 visual artists in town?

AR: No, that’s the crazy part.  We knew maybe 5 artists in town, and we approached them first.  After that, we started asking for recommendations and even cold calling.  We were thrilled that everyone was so excited about the idea.

NC: We have a couple of pictures of the artist done sleeves scattered in our write up, can you give us a rundown of all the artists involved?

NC: That’s an awesome and original idea.  What else is on this 7-inch?

AR: We will be selling them at our shows starting with our performance at Grimey’s on Record Store Day.  There won’t be any sorting through the stacks though.  Each piece is an original work of art, and you will receive one at random.

NC: Thanks for hanging out, and please stop embarrassing me in this restaurant.

Alanna Royale is slated to play after now #1 artist Paramore at Grimey’s Record Store Day event on Saturyda, and you can grab a copy of that individual 7-inch there…

Some of the greatest NSFW  lines of the night::

More album artwork to get excited about is below… 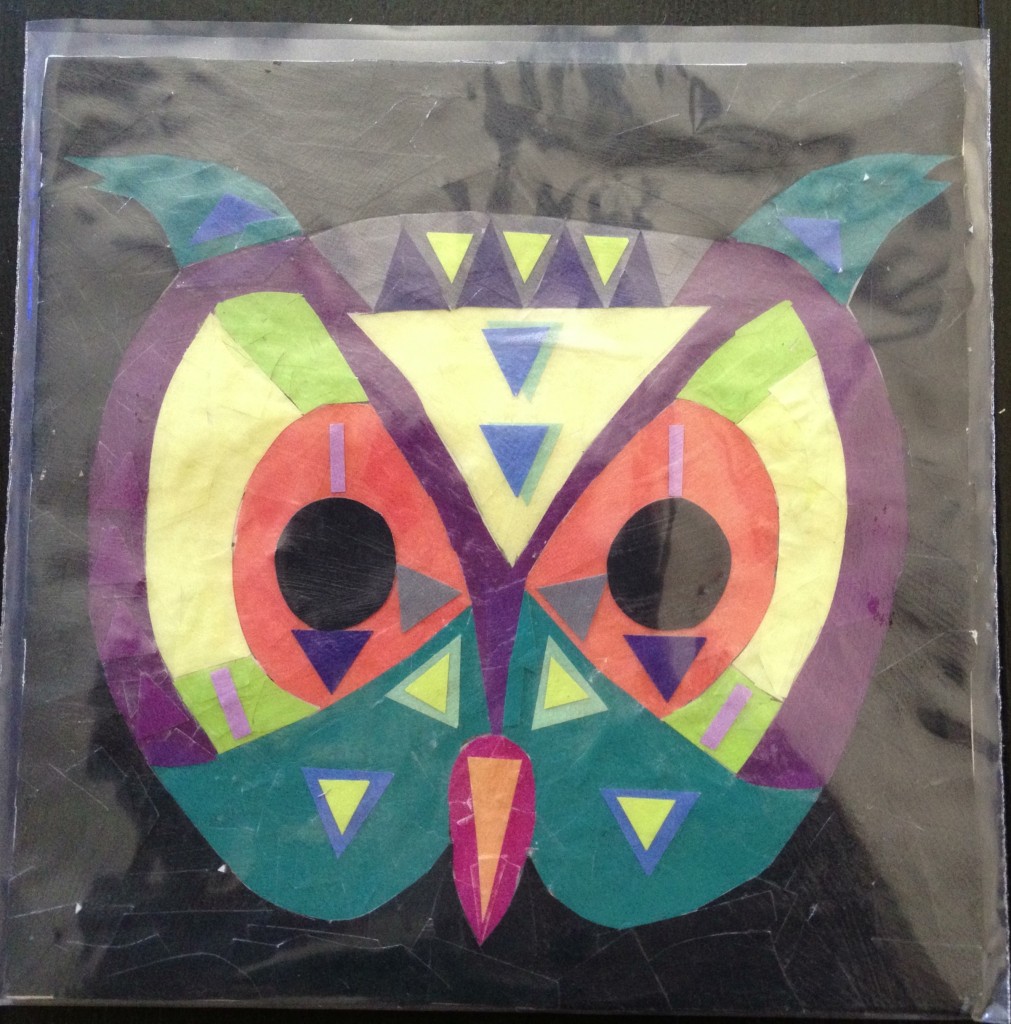 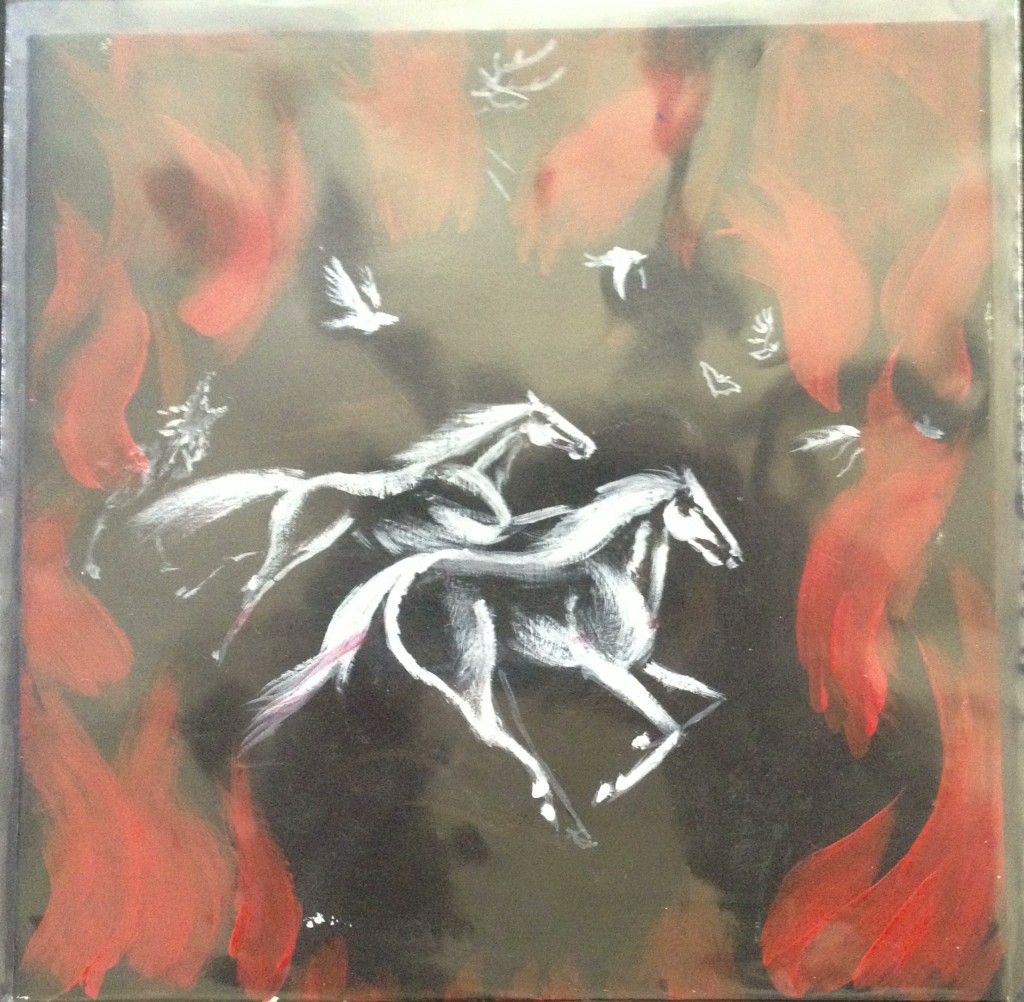 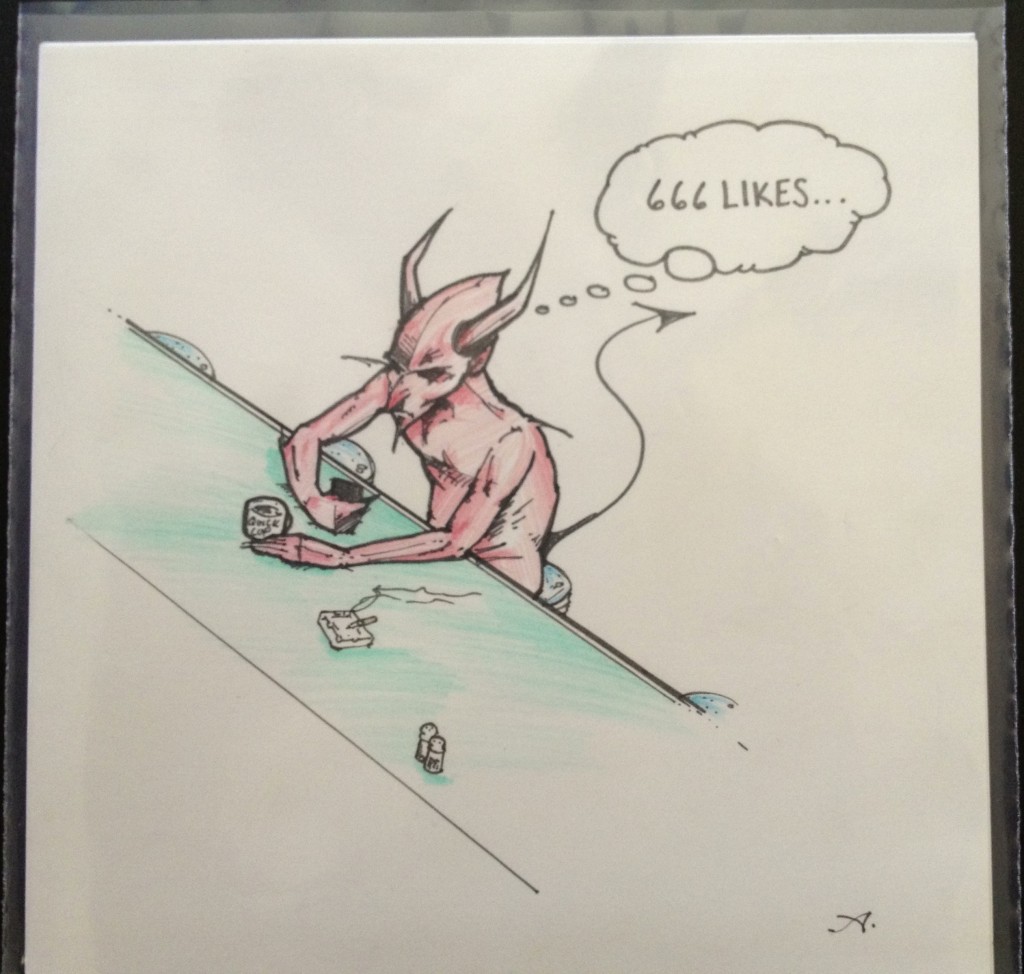