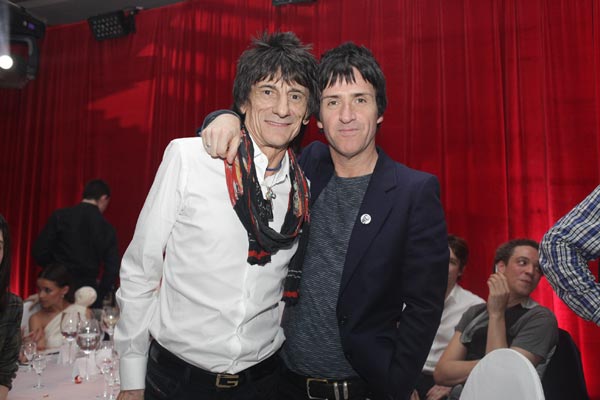 This is almost as amazing and unlikely a pairing as December’s Paul McCartney/Nirvana supergroup. At last night’s NME Awards, former Smiths guitarist Johnny Marr, who just released a fantastic solo album, was joined by Ronnie Wood of The Rolling Stones for a performance of The Smiths‘ classic “How Soon Is Now?” Marr took the lead on vocals, for what turned out to be a pretty impressive Morrissey impression. Equally impressive is how Wood looks eerily like Marr in 15 years when they’re side by side. Check out the performance below:

That other former Smiths member you might have heard a thing or two about, Morrissey, just announced a rescheduled date for the January Nashville show he was forced to cancel for medical reasons. Moz will finally make his first Nashville appearance in close to a decade on March 29th at The Ryman Auditorium. Amazingly, there’s still some Morrissey tickets left here. No word on any Johnny Marr Nashville dates, but we’re keeping our fingers crossed!