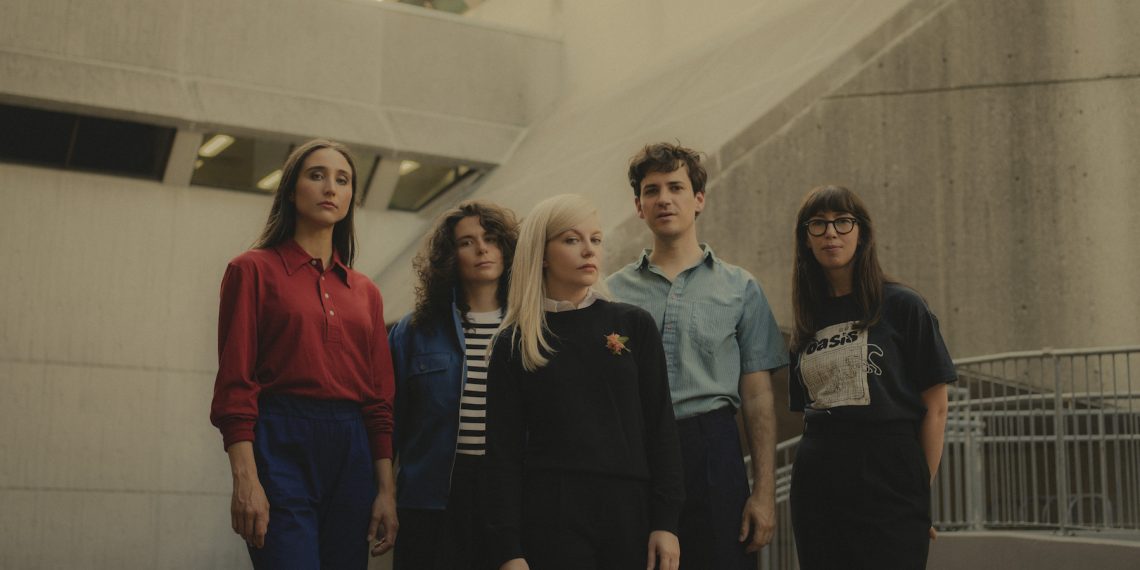 Since springing onto the scene and instantly becoming critical darlings with their eponymous 2014 debut, Canadian indie pop outfit Alvvays have been one of our absolute favorite bands, responsible for some of the best records of the last decade and always a delight in concert. The Toronto-based group recently released their highly-anticipated third album- their first in five years- Blue Rev, to universal acclaim, and we’ve had the LP on repeat constantly for past month. Building upon the Alvvays’ signature jangly, indie pop sound which they perfected across their first album and 2017’s incredible sophomore effort Antisocialites, Blue Rev leans more into the band’s shoegaze influences, resulting in a dreamy, fine-tuned, and intoxicating work that feels at once a nod to the group’s past and a strong start to a new artistic chapter.

It’s also been five years since Alvvays last played Nashville, appearing at Exit/In right on the heels of Antisocialites‘ release in 2017. Thankfully, they’re returning to Music City once more right on the heels of their latest, set to play their largest local headliner yet tonight, Nov. 8 at Marathon Music Works! Many dates on this tour have already sold out around the country, but if you haven’t yet snagged your tickets for Nashville, you’re in luck- you can still do so right here. Sweetening the deal are Chicago indie rockers Slow Pulp, who are a great musical compliment to Alvvays and another band that should definitely be on your radar if they aren’t already. Preview both groups below, and get tickets while you still can!

Alvvays and Slow Pulp will perform tonight, Nov. 8 at Marathon Music Works. The show is all ages, begins at 8 p.m. (doors at 6:30 p.m.), and tickets are available to purchase for $30.