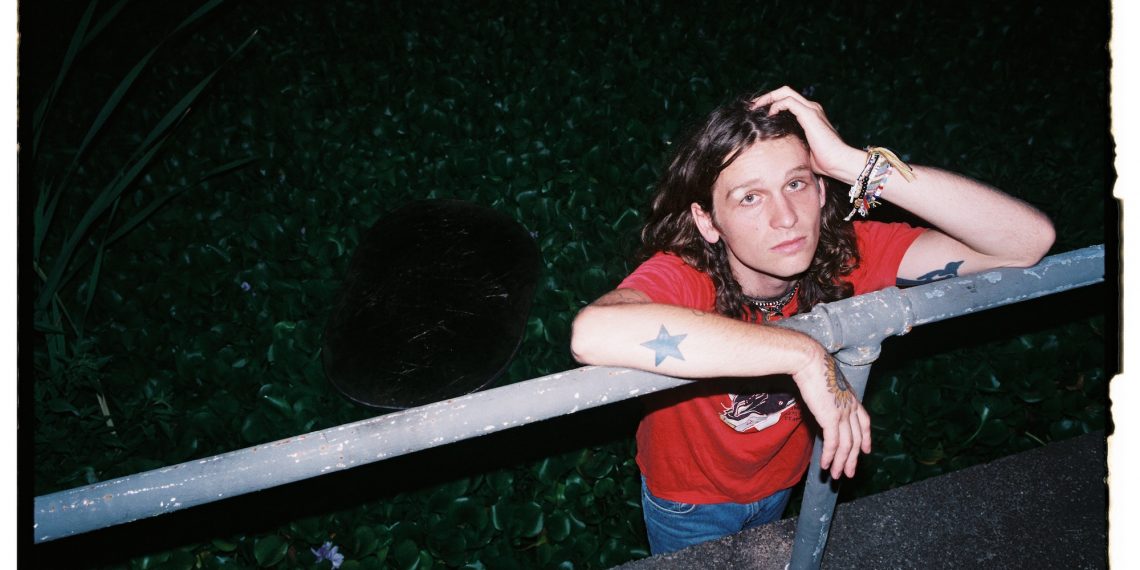 Briston Maroney has been at the forefront of the current wave of Nashville-based indie artists since 2017 EP Big Shot and breakout single “Freakin Out on the Interstate” in 2018. We finally got a full length project last year with Sunflower, his debut album packed with heartfelt hooks, confident sincerity and a talent for sharing how naturally he absorbs the beauty of day-to-day life. Briston’s invested in friendships and community throughout the Nashville scene over the past several years, culminating in the two day Paradise series of shows at Brooklyn Bowl on Nov. 3 and 4!

We chatted with Briston about his talented circle of local collaborators, the ways Nashville factors into his creative process and how his fans are so kind and wholesome.

This city means everything to me. It’s been the place where I’ve tried and failed to be so many different things, but it’s also the place that accepted me in a real way for the first time. My heart is always on and open when I’m here!

Hahahaha there are far too many to count/none that should ever be publicized; I used to live in a house called Leland where all the homies would come and make sure there was never a dull moment. The house shows and parties were seemingly endless and the house was always full of at least 7 people I didn’t know – sometimes for days or weeks at a time hahah. Those days and memories are still so vivid and some of my favorites in Nashville. So much art being made, so many genuine, young joyful laughs being had.

Who is your creative community in Nashville?

There’s a practically endless amount of artists/special people here that make up this community. Everyone is one degree removed from another friend group, so it always feels like a giant crew. My band are the most inspiring folks I know and have their hands in so many meaningful things in this community. Nathan Knox – my homie who has been playing drums and doing everything else also – runs a coffee spot called Weak Coffee that is literally the watering hole for Nashville creative type weirdos hahah, and he does it effortlessly with his amazing partner Steph. Bands like Mercury, Annie DiRusso, Hannah Cole, Venus and the Fly Traps – they all are bands keeping the heart of this place alive.

What’s the story behind you putting on the Paradise Festival at Brooklyn Bowl on November 3 and 4?

When I first moved here, shows like this were what allowed me to meet the people that would go on to be my closest friends and collaborators. Without those shows, I think my time here would’ve been really different. The story really was me wanting to try out being the guy hosting one of those shows out of a place of gratitude for the folks who gave me the time of day and a place to be. It happened really quickly and still kind of blows my mind that it’s even really happening.

The lineup is STACKED! What do you love about each performing artist?

Yes!!!! Annie DiRusso’s voice is frustratingly good live and is just a joy to watch, you can tell she is never faking it and that’s so cool. Cece Coakley is one of my favorite people and I love her songs so much, they remind me of why I started wanting to make music. The Greeting Committee are a powerhouse group with very contagious energy, and also such sweet people. Indigo [De Souza]’s music really helped me through a summer where I felt incredibly lonely, the whole band’s ability to be themselves, vulnerable and openly fighting the pains of existing, yet still be there for an audience is incredible. MICHELLE are literally too cool to exist on this earth and I love all of their voices and individual personalities on stage so much. Sunflower Bean are such a timelessly powerful group as well, their intensity combined with their underlying comforting songs and melodies are beautiful!

The artists on the lineup seem to share a lot of the same amazing fans. It feels like it goes beyond Spotify’s “Fans also like” feature. Is there something else to the fanbase overlap that’s more community-driven?

Dude I noticed that too! Honestly it just feels like all these bands agree on some basic fundamental things, primarily that we want to have a beautiful time playing music. It’s an honor that we have all found folks willing to listen, who also simply want to enjoy music with an open heart. I want these shows to feel like an army of being a decent kind person hahah.

How did Nashville’s creatives, spaces and culture play into your music and upcoming projects?

Landscape alone was huge; there are so many beautiful places and people here that just made it impossible to ever turn off the creative light in Nashville. I will always be creative here, as it feels so alive. So much so that we start tracking the next album two days after Paradise!

How do you share the pros/cons of living in Nashville to people in other cities who are curious about the decision?

I definitely think this place is not for every single person’s taste, because nowhere is! That being said, you can be a million different things in this city and you’re gonna be hard pressed to find people as kind or open to you as they are here. That’s the biggest sell, definitely won’t find that in any other big city; I’m sure of it.

Catch him on Nov. 3 at Brooklyn Bowl with openers Annie DiRusso, The Greeting Committee and Sunflower Bean. On Nov. 4, he headlines another show with support from Cece Coakley, MICHELLE and Indigo de Souza; tickets for that night are already sold out! In the meantime, hit play on Briston’s mix of local artists on our Spotify playlist. It’s an expertly curated mix of Venus & The Flytraps, Annie DiRusso, Caroline Culver, Cece Coakley and more!

“Boys Are Cuter When They’re Crying”
by Venus & The Flytraps
“Call It All Off” by Annie DiRusso
“TERMS” by nickname jos
“In Your Arms” by Ralphie Kent
“London” by Caroline Culver
“Warm Enough” by Hannah Cole
“Moment” by Mercury.
“My Time” by Cece Coakley
“Feline” by Texas Welcome Center
“Closer” by Noah Pope