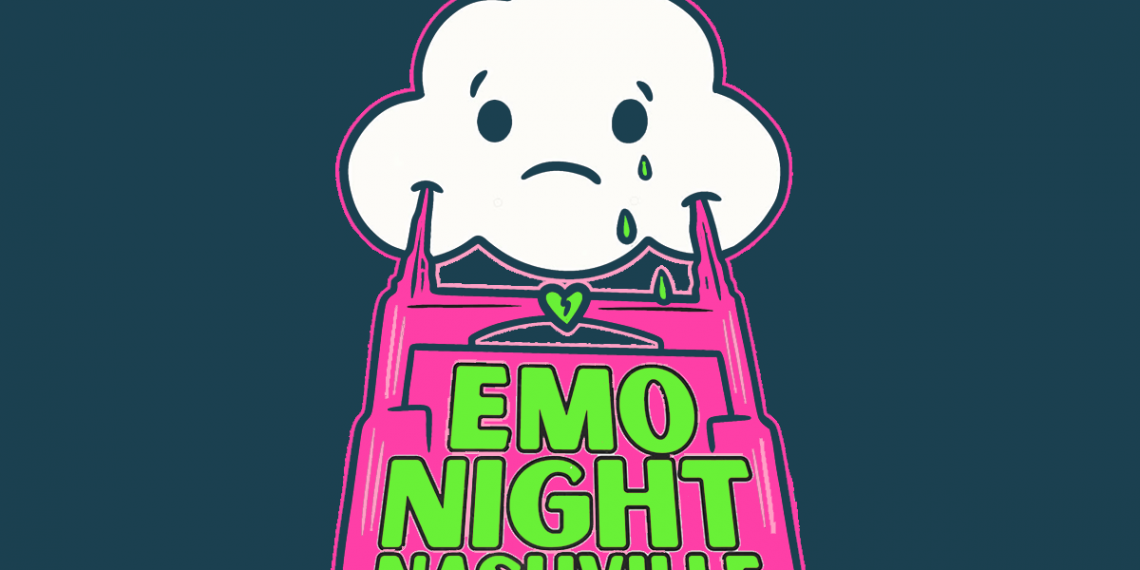 For a number of years now Nashville Is The Reason and Emo Night Nashville have been hosting some of the coolest parties in town for fans of emo, pop punk, hardcore, and indie, often featuring guest DJs from renowned local and national bands, and regularly bringing to town live acts like Pennsylvania’s The Emo Band, who play backing band to live karaoke for some seriously nostalgic emo covers.

While not exactly a full-on concert, this also is far from just a DJ night. Expect musical guests to jump up with The Emo Band to tackle some of their own favorite covers (and yes, some DJ sets throughout), plus some additional fun and the typical Marathon libations. All and all, it promises to be a night of nostalgia, singalongs, and a chance to see some of the coolest artists both from in town and renowned within the pop punk scene perform in a very unique and intimate way!

While you can still buy tickets to the party right here, we’re thrilled to announce that we’re also giving away a pair of tickets to one lucky winner! Enter below, and scroll for a preview of just a handful of the evening’s special guests.