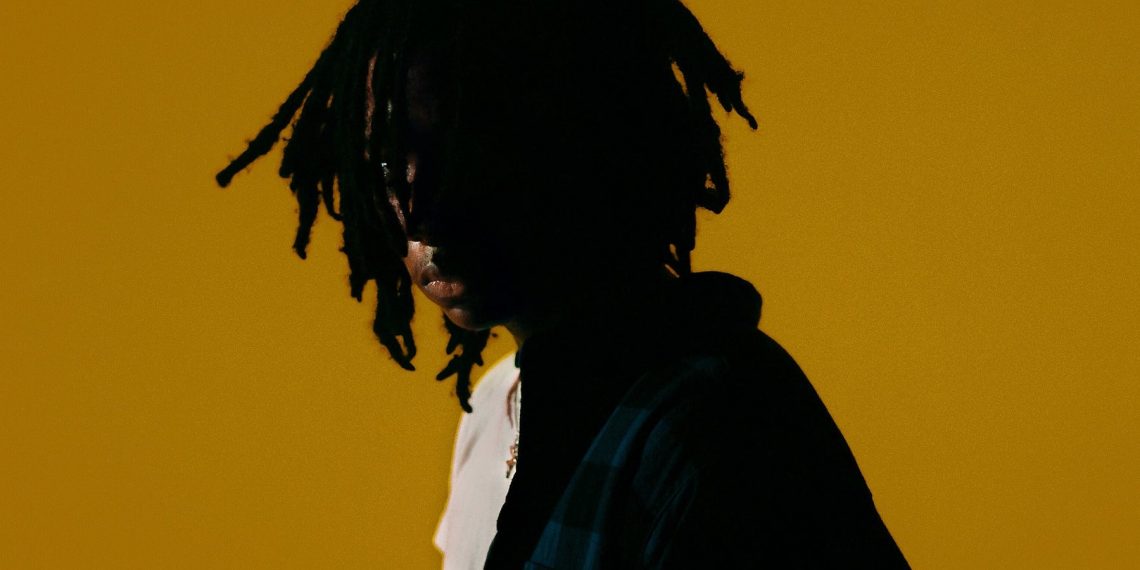 Atlanta native Kenny Mason discovered a knack for hip hop as a preteen, then inspired by contemporary artists like Lil Wayne and Drake, while also harboring an affinity for punk and alternative bands, which he was exposed to both from radio breakouts like My Chemical Romance, and through the stellar soundtrack of Tony Hawk’s Pro Skater. At 14, he got serious, emboldened by a positive response from his peers, and after seeing an interview of Kid Cudi, who proclaimed he decided to be a professional rapper at 14. It would be another decade of honing his genre-bending, confessional, and poetic style though before Mason first found fame, breaking out with bombastic 2019 single “Hit” after an artistic growth period of well-received underground efforts. Several years in the making, the rapper’s debut album, Angelic Hoodrat, arrived in 2020 amidst the pandemic, halting Kenny’s ability to initially perform live in support, but giving space for the well-received work to find a viral audience online. Though he is, at his core, a hip hop artist, it’s clear that Kenny Mason is a fan of music in general first and foremost, incorporating influences of not just artists like Drake and Kendrick Lamar, but also My Bloody Valentine, Pixies, Radiohead, Deftones, and Smashing Pumpkins. None of his songs might pass for straight up alt rock or punk songs on their face, but they’re also a far-cry from much of what’s happening in the contemporary hip hop scene too, and that expansive and adventurous musical DNA is all over the artists’ work. Originally conceived as an expanded reissue, last year’s Angelic Hoodrat: Supercut became a whole new album during the pandemic, servicing as sort of an aesthetic and thematic companion piece to the rapper’s debut, further exploring new stylistic territories, covering themes of home life, mental health, and trauma, and boasting some impressive guests like Freddie Gibbs, Denzel Curry, and Ambar Lucid. Kenny Mason is, without a doubt, one of the most unique and refreshing new voices in hip hop, and perhaps one of the biggest hidden gems on this year’s Bonnaroo bill.