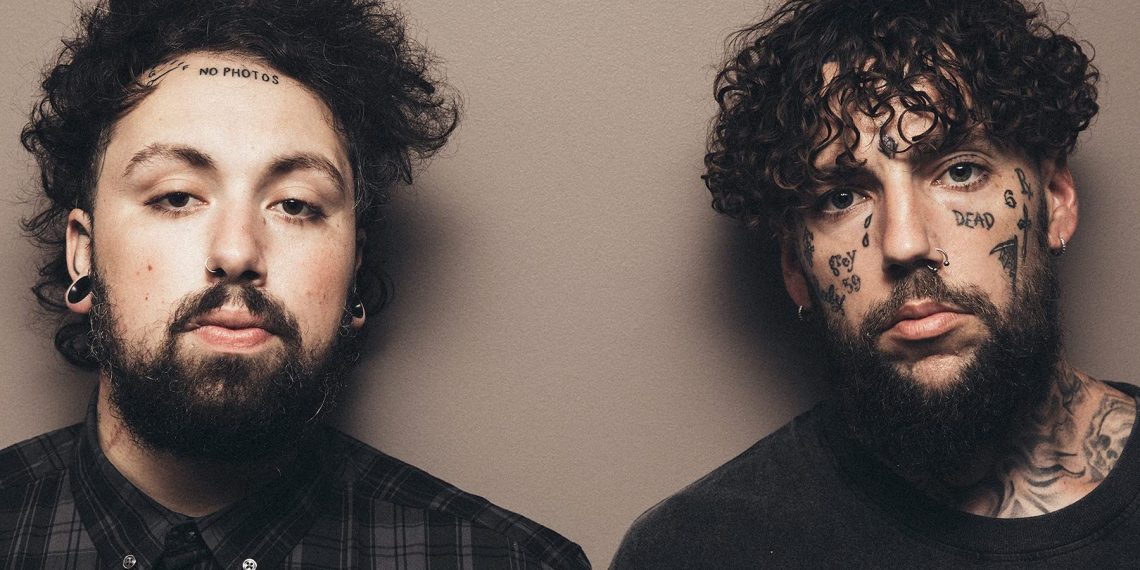 Made up of cousins Ruby da Cherry and $crim, New Orleans hip hop duo $uicideboy$ have been one of the biggest underground success stories of the last few years, rising from the online buzz of self-produced, independently released and incredibly subversive mixtapes to selling out shows nationwide, collaborating with stars like Travis Barker, and becoming one of the top-billed acts at this year’s Bonnaroo. Before coming together (and allegedly making a suicide pact for their success) to take their career in music seriously, $crim started out DJing and honing his production skills in hip hop, releasing a few early solo efforts along the way, while Ruby da Cherry cut his teeth in the punk scene, playing in bands around New Orleans and releasing some early music of his own. Both of their backgrounds would prove formative, as while $uicideboy$ are ostensibly a hip hop project, they inject their music with raw punk attitude and sensibility, making their exact genre hard to pin down. Though they’ve only released two studio albums, 2019’s I Want to Die in New Orleans and last year’s Long Term Effects of Suffering, the duo’s output over the years, largely produced by $crim, has been staggering, boasting a 20-part EP series called Kill Yourself, and various other EPs (including a team-up with Blink-182’s Travis Barker and Korn’s James Shaffer) and mixtapes, the bulk of which dropped in just a four-year period. And while all of that has helped make them grow from a cult underground favorite to a bona fide success, the group’s thematic focus- often dealing with dark themes of violence, depression, satanism, sex, and suicidal ideation- has also frequently made them the subject of controversy. That raw, dark, and abrasive sound has also occasionally caused them to be lumped in with the recent emo rap scene, but from a production standpoint, they’re much closer to, say, Three 6 Mafia (or contemporaries like Germ or Ghostemane), than Juice WRLD.

Set to drop their highly-anticipated third album Sing Me a Lullaby, My Sweet Temptation, on July 29 (hear bombastic new track “THE_EVIL_THAT_MEN_DO” below) $uicideboy$ will hit the road later this summer for a lengthy national tour, bringing them back to Nashville for their largest local headliner ever, Sept. 23 at Municipal Auditorium (the group played Marathon Music Works last year, and will soon appear at Bonnaroo). Boasting an absolutely stacked lineup, they’ll share the stage with famed hardcore punk outfit Code Orange, along with hip hop artists Ski Mask the Slump God, $not, and Maxo Kream, plus DJ Scheme. Tickets to the Grey Day Tour are already on sale, and you can get them here right now!