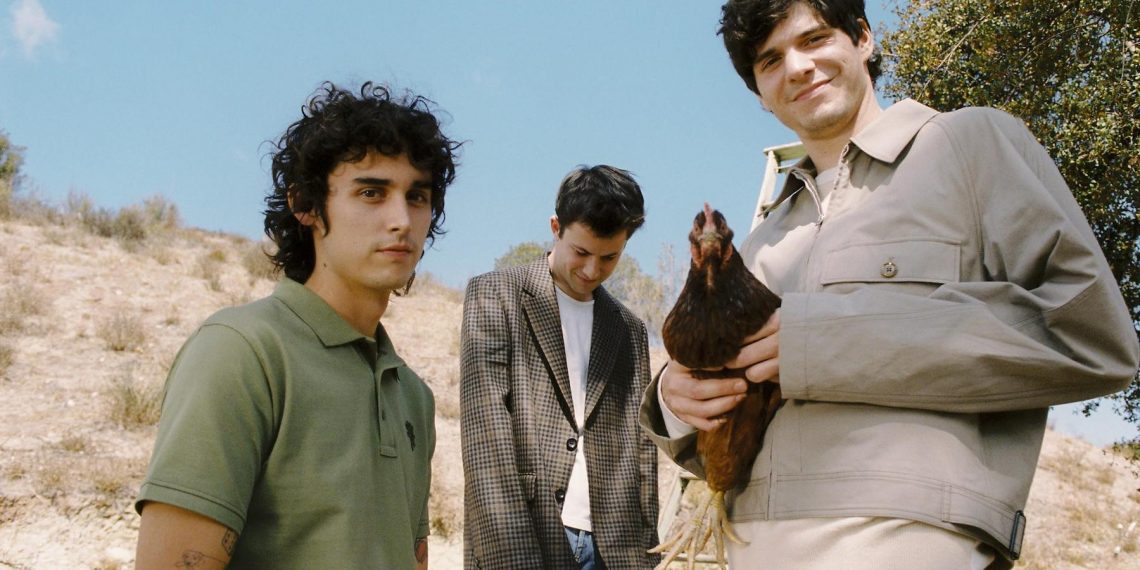 While you might recognize Wallows‘ famous frontman Dylan Minnette from his numerous acting credits (13 Reasons Why, Scream, Don’t Breathe), or fellow vocalist and guitarist Braeden Lemasters for his acting pursuits as well, don’t write them off as another actors’ vanity project; the LA alt rock trio are the real deal! Though they didn’t officially make their debut as Wallows until early 2017, the roots of the band trace back to 2011, when the group (rounded out by drummer Cole Preston) were all teens, and started making music together under a variety of early names after meeting in the GigMasterz program at Keyboard Galleria Music Center in Southern California. They released an independent EP in 2014 under prior name The Narwhals, but the group was a little slow-going at first while Minnette and Lemasters balanced their burgeoning acting careers, eventually settling on a name and honing their ’80s influenced post-punk, synth-y, and bedroom pop inspired alt rock sound across a string of early singles, landing a deal at Atlantic ahead of debut EP Spring in 2018. The combo of Minnette’s growing star power and viral single “Are You Bored Yet?” with Clairo helped really blow Wallows up by 2019’s debut album, Nothing Happens, and though the pandemic would slow their tour momentum a year later, the rise of TikTok would see the band’s songs reach a new audience, and give them time to swiftly craft a new EP, Remote, in 2020. Helmed by Grammy-winning producer Ariel Rechtshaid, Wallows returned with a sophomore album, Tell Me That It’s Over, earlier this year, showcasing a more mature and honed side of their sound, and incorporating more elements of indie rock and post-punk across ten tight tracks. They’ve already played festival stages like SXSW and Coachella, and their vibey, inviting indie rock stylings are a perfect way to shut down That Tent on Sunday evening!

LISTEN | “Are You Bored Yet?” feat. Clairo