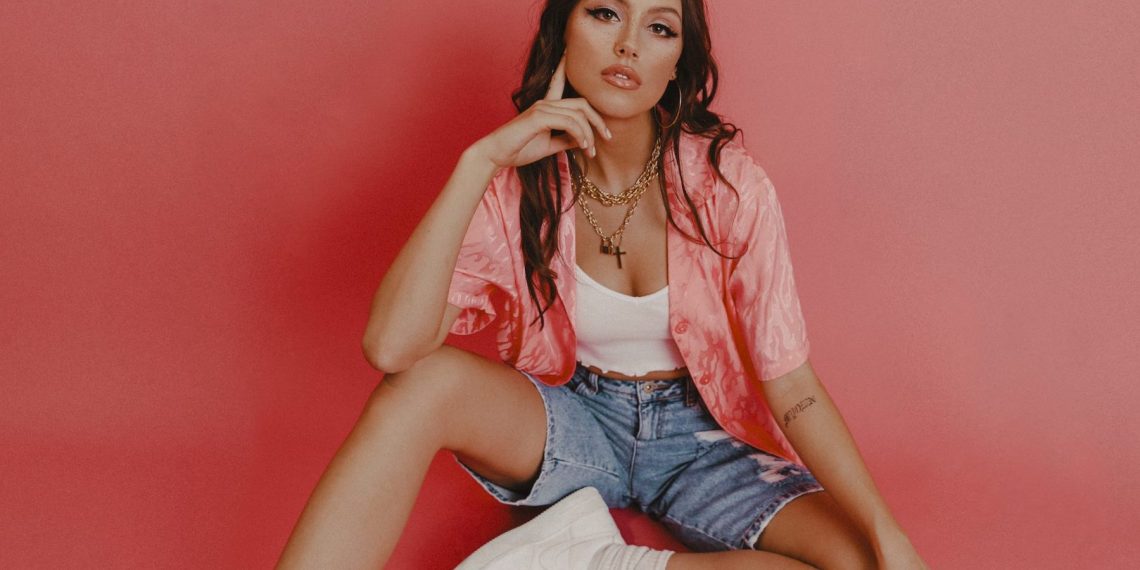 Like a lot of aspiring teen singer-songwriters of the past decade, when Bailey Bryan, who grew up in smalltown Washington and developed an early affinity for music and performing in church, arrived in Nashville at 18, after a few years of traveling back and forth for songwriting sessions, she wanted to be the next Taylor Swift. And after landing a deal with Warner Nashville, earning nods from the likes of Lady A’s Hillary Scott, and attaining some chart success for debut single “Own It,” and the country-leaning 2017 EP, So Far, that followed, it certainly seemed like she was on that trajectory. But something happened in the six years since Bryan landed in Music City- she grew up, and realized her tastes and artistic ambitions were bigger than just being the next country pop star (not dissimilar to Swift herself, though Bailey’s latest sounds more Ariana than pop-era Taylor). Between Drake covers and a decidedly more pop and less-acoustic bent with her still country-rooted 2019 EP Perspective, it should’ve been obvious to anyone paying attention that Bryan was moving onto something new, but with last year’s buzzworthy debut album, the aptly titled Fresh Start, the now 24-year-old finally sounds like an artist coming into her own, and shedding expectation to embrace the art she truly wants to make in this moment. Self-described as “sensitive bad bitch” music, with echos of the aforementioned Ariana Grande, and well as Post Malone, Kehlani, and Ella Mai, who Bailey cites as big influences, and even some elements of ’90s r&b, Fresh Start retains Bailey’s skillful story-driven style, but updates her thematic focus to reflect the relationships and introspection and growth she’s experienced in her 20s. Flipping through her Spotify, it might be easy to assume that Bryan is simply chasing musical trends, but if you actually take the time to listen, the sincerity and personal touch is apparent, as is the organic evolution of her sound, and no one can make pop this genuine and personal and tastefully crafted if their heart isn’t truly in it (we hear enough of the formulaic stuff to know). For all intents and purposes, the Bailey Bryan of Fresh Start is a brand new artist, and one that seems destined for huge things, especially if latest single “MF” featuring buzzy rapper 24kGoldn is any indication!