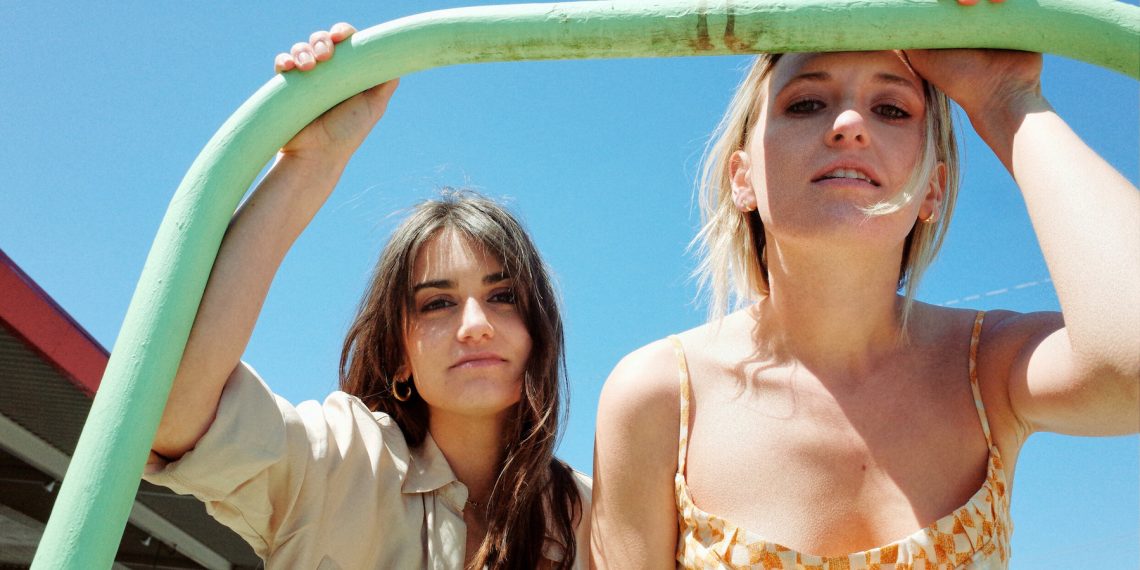 While they’ve been making music together since 2015, local indie pop duo Sawyer really captured our (and the internet’s) attention with their 2019 EP Less Than More Than, a confessional, sparkling, harmony-laden, and breezy pop effort which set the template for a string of fantastic singles since, a regular fixture on our official playlist. Made up of Kel Taylor and Emma Harvey, who previously made music solo before formally coming together as a band in college, Sawyer have toured in support of popular acts like joan, The Aces, Nightly, and The Brook & The Bluff (and will soon embark on their first headlining tour ever), while also regularly appearing on stages around town. Their many years of writing music together and hundreds of live dates has really helped hone the duo’s sound into something formidable, which is sharp, layered, and timeless; earnest and relatable and effortless and anthemic indie pop that echoes artists like Haim or Maggie Rogers. It’s always so special when a duo operate at such a perfect artistic wavelength (not to mention when their voices blend so beautifully), and if you haven’t yet jumped on the Sawyer bandwagon, you’re missing out on one of Nashville’s most impressive and promising underground gems. Though they’ll debut in Centeroo on Thursday, if you’re arriving on the farm early, don’t sleep on Sawyer’s Wednesday performance in the Campground Plazas!

WATCH | “The Way My Friends Feel About You” (Official Music Video)