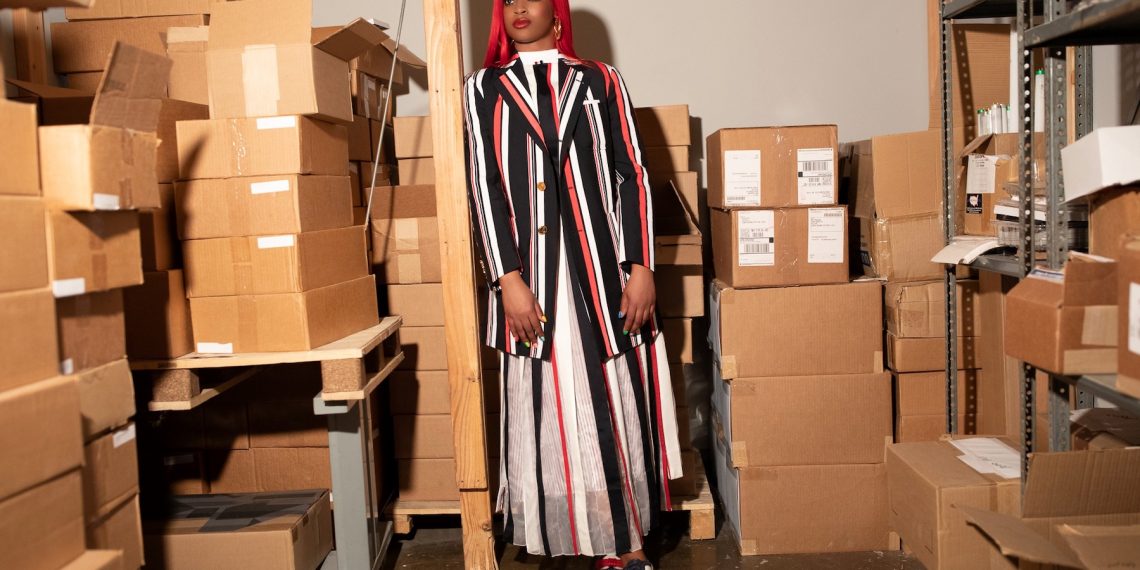 Drawn to writing poetry and rhymes from a young age, Philadelphia hip hop and r&b multimedia artist Tierra Whack cut her teeth in music as a teen battle rapper under the moniker Dizzle Dizz, before relocating to Atlanta during high school, then returning to Philly with more honed and refined musical ambitions using her own name. Early single “Mumbo Jumbo” helped the young artist break out to a wider audience, and nabbed her a Grammy nomination for its clever accompanying video. Video would continue to be an important format for Whack, whose critically-acclaimed debut album, 2018’s Whack World, is as much a video project as it is a musical one, made up of 15 minute-long tracks which were each accompanied by a short film, directed by Thibaut Duverneix and Mathieu Léger and released to Instagram and streaming services. Celebrated as one of the best records of 2018, Tierra’s clever and imaginative lyricism, experimental and modern take on hip hop and r&b, and fantastically-curated visual aesthetic made her an instant star, leading to collaborations with the likes of Alicia Keys, Lil Yachty, Melaine Martinez, Flying Lotus, and even an appearance with Beyoncé on her Lion King inspired The Gift (notably, Whack also hit the studio with Childish Gambino and Meek Mill, but that project has yet to see the light of day). Rather than immediately churn out a follow-up, the now 26-year-old has spent the last few years pursuing a multitude of creative opportunities afforded by her album’s success, touring and performing at fests, and occasionally gracing us with new material like a series of singles in 2019 she dubbed “Whack History Month.” Back in December though, we finally got a proper follow-up to Whack World, in the form of three EPs of three songs of genre exploration each, called Rap?, Pop?, and R&B? One of the most creative, multifaceted, and interesting hip hop artists of recent memory, sometimes referred to as this generation’s Missy Elliott, on a Bonnaroo bill that feels a bit lacking in the hop hop department this year, Tierra Whack is a hidden gem.