by No Country
in Features, Interviews, Reviews
0 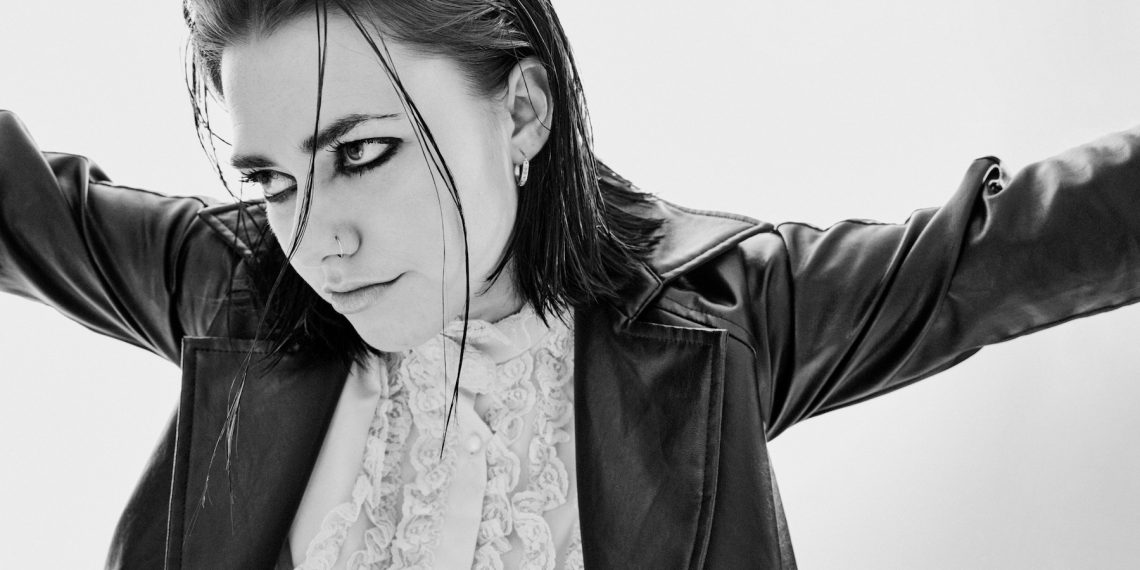 Feature by Tess Schoonhoven. Photos by Jesse Lendzion, courtesy of the artist.

Hailing originally from Northern Virginia, alt pop up and comer Maggie Miles first arrived in Nashville in 2019, and released her debut album, Am I Drowning or Am I Just Learning How to Swim, in the midst of the first summer of the pandemic, in 2020, followed by an EP of reimagined, orchestral renditions of her songs, Water in My Hands, and an Audiotree Live session, both last year. Given the timing of it all, Miles wasn’t initially able to support her debut with proper live performances, but since last summer she’s been touring the nation and regularly appearing at clubs and independent spaces around Nashville, garnering acclaim for her vulnerable, emotional, homegrown style of earnest bedroom pop. Ahead of some exciting upcoming dates around town and a highly-anticipated second album, we caught up with Maggie at her recent show at Exit/In show to chat about new music, her inspiration, collaborative relationships, and how she approaches performing.

“I am beyond ready to release this music. If you asked me a year ago I would have said the same thing, however, a year ago I did not have the music I have now,” Miles told No Country, ahead of her first-ever performance at Exit/In. “I thought the record was finished, but this year I have added and taken away so much. I simply cannot wait to release this project. It feels like the eclipse of my soul and dreams.”

The first single, “Asthma,” released last month, and the show at Exit, a few weeks before, was the perfect setup to build organic excitement around Miles’ latest work, which bridges her decades-spanning influences and love of confessional and self-reflective songwriting, and showcases an even more lush and refined sound.

“The ’90s as an entire era really inspires me,” Miles explains. “Twenty One Pilots and everything they instigated, for both the stigma with mental health and the sonic environment of the music industry, are really the ones who got me in the door for songwriting in the first place. I was feeling a lot. I was 17 and had just been diagnosed with depression, I had a lot I didn’t understand and questions I wanted answers to. Tyler Joseph taught me that I could take what was captive in my head and paint it on paper. I’m forever grateful for that. I also love The 1975, Foo Fighters, Sufjan Stevens, The Japanese House, and Nick Drake.” Notably, Maggie paid tribute to late Foo Fighters drummer Taylor Hawkins at the show with a handwritten message on her keyboard.

Set to make a guest appearance at Emo Night Nashville May 7 at Marathon Music Works, to perform May 12 at The High Watt for Notelle’s Nyctophiliac EP release and Women That Rock showcase (which we’re co-sponsoring with Popsquad and 102.9 The Buzz), and to appear at Musicians Corner May 27, Miles is fast becoming an indispensable fixture of the local scene. When we recently caught her live, March 30 at Exit/In, she took the stage alongside Manic. and Drive Drive to not only deliver enthralling renditions of tracks off Am I Drowning, but also to also give audiences a taste of what’s to come in the next era of her artistry.

A Maggie Miles show is both dramatic and light-hearted; dark, and hopeful. The alternative pop artist blends heavier elements of the genre with punchy, electronic piano riffs and lush background vocals to create an attitude of controlled, intentional chaos in her live performances and released work. While Miles’ energy on stage portrays the wide range of emotion of her music – from despair to determination – her strong, raw vocals focus that energy forward, keeping listeners on their toes, never really knowing where she’ll go next.

True to Nashville fashion, the Exit/In show was a perfect picture of what collaboration between artists can look like and the amazing moments it can lead to. Miles and Manic. shared the stage for multiple songs, many they co-wrote throughout the past two years, taking mutual experiences and expressing them through a similar sonic style. “It’s truly very organic. I could write books about the band Manic. and how much I believe in them,” Miles told us. “When something works and inspires me, I sort of obsess over it. Manic. comes with the territory. [Manic. vocalist] Nick and I immediately clicked and realized our friendship was something neither of us had experienced on such an intimate level. I am so grateful for his friendship and talent.”

Miles’ style – both sonically and visually – already broke away from any predictability with Am I Drowning Or Am I Just Learning How To Swim, and with “Asthma,” she takes that process just one step further, an indication of exciting things to come with LP2, and a portrait of her evolution as a creative.

Reflecting on her growth as a live artist, Maggie explained: “I believe as I’ve gotten older, who I am as a performer has become more realized. Being the most psychotic on stage isn’t always a good thing. I always lean into truly how I feel when I am sharing my songs on a stage. At times, I am more still, [but] sometimes my head could not be shaken fast enough. I am human, and so is my show. The audience doesn’t really know what to expect, and honestly neither do I. Before a show, I always pray, always.”

We’re anxiously awaiting Miles’ new album, one of our most hot-anticipated local releases of the year. In the meantime, we encourage you to catch her live any chance you can! Get tickets to her Emo Night appearance (along with a ton of other great special guests from the ’00s emo scene) May 7 at Marathon Music Works here, or to her performance May 12 at The High Watt with Notelle, Violet Moons, and Winona Fighter here! You can also see Maggie for free May 27 at Musicians Corner!