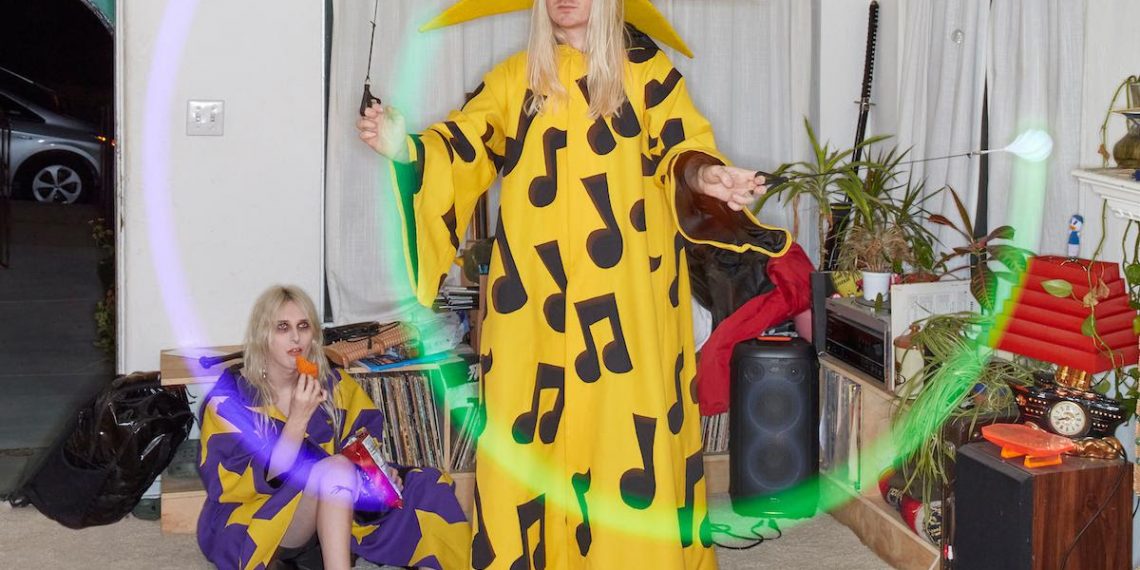 Maximalist, avant-garde, frenetic, and extremely catchy duo 100 gecs both hail from St. Louis, MO, though they didn’t meet until high school, and didn’t start collaborating musically until years later in Chicago. Made up of Dylan Brady and Laura Les, who’ve both been active in music solo before and since forming 100 gecs, the duo self-released an eponymous EP in 2016 to moderate success, but it wasn’t until three years later, after performing a DJ set together for the Minecraft Fire Festival, that they found the time and inspiration to record their debut album, 2019’s self-released 1000 gecs. A massive, critically-acclaimed breakout success, the record is something of a crowning achievement of the niche ’00s hyperpop subgenre, pushing pop music to its most exaggerated, heavily produced, auto-tuned, emo-informed, electronic and hip hop infused, experimental aural limits, and catapulting 100 gecs to the top of the scene. Swiftly finding themselves on tour with the likes of Brockhampton, linking up with Adult Swim, and getting shouted as one of the best new artists of the decade by a barrage of huge outlets, the duo inked a major label deal with Atlantic, and released a companion album of remixed and reworked versions of songs from their debut, 1000 gecs and the Tree of Clues, featuring guests like Charli XCX and Fall Out Boy, in 2020. Further remixes, production work, solo releases (Les’ 2021 solo single “Haunted” particularly found a lot of buzz), and prominent festival appearances have followed, as 100 gecs also prepare their highly-anticipated sophomore album, 10000 gecs, due out sometime this year. First single “mememe” dropped back in the fall, and feels very much like an extension of their first LP, though perhaps even more refined and somehow even catchier, while more recent single “Doritos & Fritos” dials back the duo’s signature sound substantially, adopting a more alt rock vibe and turning down the auto-tune, leaving us insanely curious to hear the direction for the rest of the album. They’re as over the top and gloriously weird live as they are on their albums, making 100 gecs’ Bonnaroo debut one of the weekend’s coolest and most unique sets!