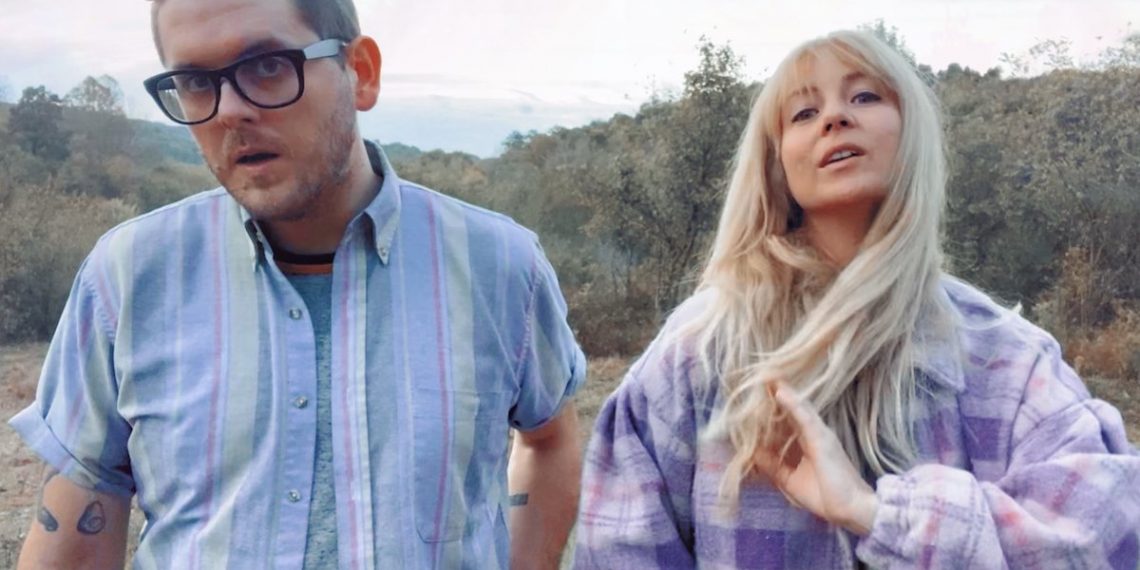 Friends of the site since our and their earliest days, we’ve spent nearly a decade watching husband and wife indie duo *repeat repeat grow from a scrappy local surf-rock outfit to a refined, pop-infused, genre-bending, and nationally renowned act, expanding their fanbase and stylistic ambitions across a series of incredible and ever-evolving EPs and full-lengths. The band, forged in Nashville and responsible for the seminal East Nashville Underground concert series several years back, and now based on a farm and studio in rural Tennesee with more than a dozen rescue animals, had an especially transformative period in the couple years preceding the pandemic, releasing their Patrick Carney produced LP Glazed in 2019, and embarking on their biggest tour ever in support of The Black Keys and Modest Mouse.

Though like most artists, the last couple of years has largely kept the band from performing live, they opted instead to spend more time writing and recording, resulting in the steady release of nearly enough new singles throughout 2020 and 2021 to constitute a whole album, flexing new range and growth devoid of some of the inhibitions that kept their work more surf-infused or summer-primed in the past, settling into a style that feels like *repeat repeat at the best and most confident and relaxed they’ve ever been.

And just a few weeks ago, the duo (who, for the last few years, have been joined by a full backing band when they perform live) unveiled their largest collection of new songs since Glazed, a new four-song EP dubbed Song(s) for a Nice Drive, intended to serve as great driving and vibing music as the seasons change. Along with the EP- one of our favorite local releases of the year- *repeat repeat also unveiled a music video for title track “Song for a Nice Drive.” Directed by Mitchell Maxwell and starring Kathleen Klein, the spot perfectly matches the chilled-out, melancholy yet cozy feel of the single, and you can watch it right now below!

In further *repeat repeat news, the band recently stopped by local public radio station WNXP’s Sonic Cathedral to perform “Trippin’ (I Know I Will),” “For Leaving You,” and “Dearly Departed,” all-new tunes from earlier this year, and to catch up with local radio personality and friend of the group Adam Culver; watch the whole thing here! And, finally, the band will make their return to the stage for the first time since the pandemic tonight, Dec. 1 at Exit/In, for WNXP’s one-year anniversary party! It’s a stacked lineup also featuring Liza Anne, Bantug, and more, and a chance to see *repeat repeat, unquestionably one of our favorite local bands of all-time and one this site wouldn’t be the same without, return home and showcase all of the time and reflection and creation they’ve been up to for nearly two years. Don’t miss it!

*repeat repeat will perform tonight, Dec. 1 at Exit/In with Liza Anne, Bantug, Josh Gilligan, and Namir Blade. The show is 18+, begins at 8 p.m. (doors at 7 p.m.), and tickets are available at the door while they last. Proof of COVID-19 vaccination or a negative test from the last 48 hours is required for entry.