by No Country
in Features, Interviews, Reviews, Shows
1 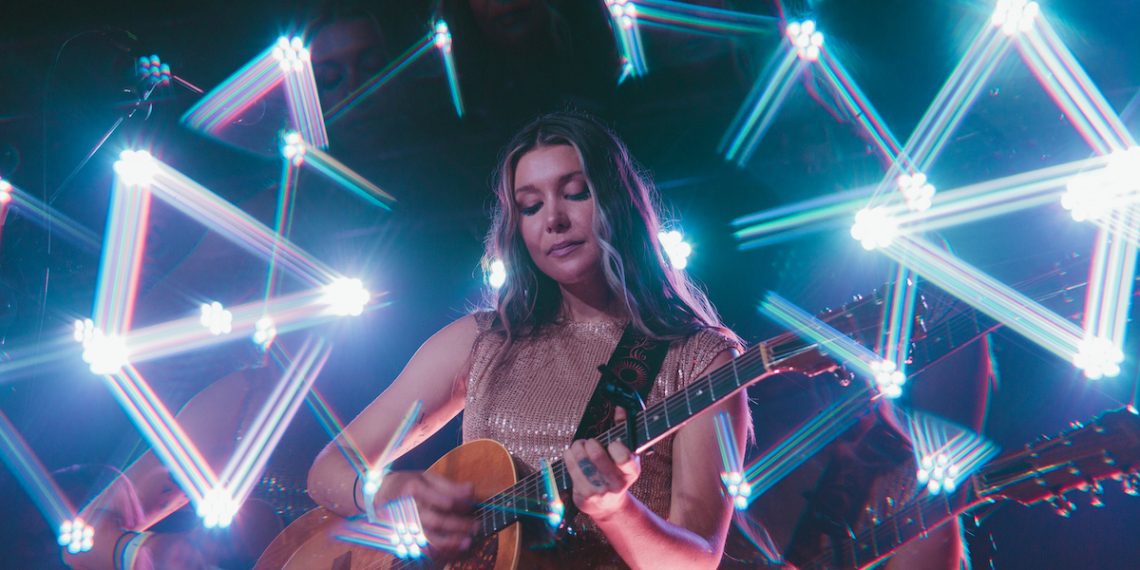 Feature by Tess Schoonhoven. Photos by Lindsey Patkos, courtesy of the artist.

When Bre Kennedy enters a room there is often a sense of healing and light. The Nashville-based songwriter has become one of our favorite artists to check in with throughout the past year as her music has a way of helping listeners feel just a little more at home in a sometimes messy life.

Kennedy, who was most recently set to perform at September’s canceled Bonnaroo, just released her latest record Note To Self, and celebrated the milestone ahead of Thanksgiving with a packed-out show at The Basement East, alongside openers Val Hoyt and the Cabin Boys.

In true Nashville fashion, the venue was filled with the sound of friendship and joy in preparation to join Kennedy in “dancing through the mess,” as she describes the experience of her music.

“This show really wraps up and ties a bow on not only my first album but also the last two years. It’s a really cool celebration,” Kennedy told No Country For New Nashville before the show. “A lot of my notes to myself [today] have been, ‘have grace for yourself,’ and ‘moment by moment’ – really be present in the moment, ‘cause I tend to not be.”

The experience of Note To Self live is so personal because it’s in those moments that she gets to look people in the eye and tell the story of each track.

“If my voice cracks or whatever, it’s actually the most human thing and I love being able to connect through the humility of being human,” Kennedy said. “It’s really fun to talk to people about their day, and how we’re all in the same room right now.”

The concept of the entire record is built on Kennedy checking in with herself, acknowledging emotions, and just pressing on, processing, healing, and growing as she goes. The album was born from writing retreats, sessions in kitchens, living rooms, sending files back and forth between writers – a vulnerable process that could be difficult to convey in the live space.

But, the more vulnerability the better, Kennedy explained, and hopefully when attendees walk away from a show they’ve been reminded that they are ok, and a smile is on their face.

“These songs definitely helped me navigate grief in the dark corners of where I’ve visited mentally, and if that triggers something in somebody, [I hope] that they still walk away with grace,” Kennedy said. “I hope tonight makes everybody feel like ‘hey it’s okay to be really messy, let’s dance through the bullshit”

“This album is really a special time capsule,” Bre continued. “The thread is that I really like openly talking about how messy life is and how it’s ok to kinda laugh through it and grow through it and I hope that’s what people take away from this album.”

During the show, Kennedy brought up multiple friends to join her for a song or two, including Hadley Kennary and Goldpark. The overwhelming sense of love and support drew the audience in and transported the whole evening to a new level of connection and community.

“As an artist I just feel proud of myself for making my first album last year and proud of my friends who helped me make it in a really dark time,” Kennedy said. “I’m excited to fully realize this manifestation of what the album is tonight, and I get to play a standing room [at The Basement East], and that to me is growth, it’s the coolest thing ever.”

Going into 2022 Kennedy will be touring with Joy Oladoken taking what listeners in Nashville got to experience at the release show all across America, before a sold-out return to The Basement East in May. Kennedy noted she’s excited to meet strangers, and to hopefully let people know they aren’t alone in the dark places. You can follow her latest live dates here.