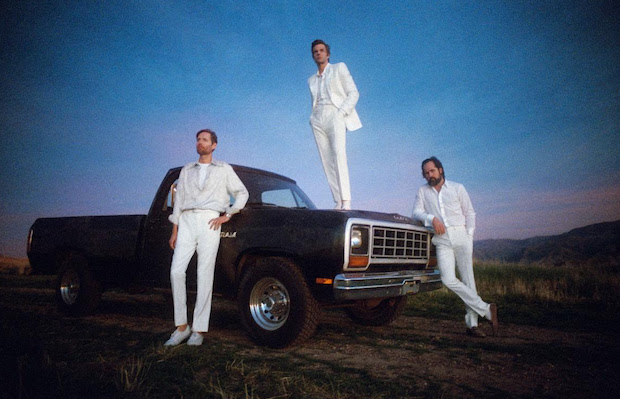 Though we’ve had the pleasure of catching their epic headlining sets at nearby festivals like Bonnaroo, Forecastle, and Pilgrimage over the past couple of summers, it’s been seven long years since beloved Las Vegas alt/post-punk outfit The Killers headlined Nashville proper. Then out in support of 2012’s Battle Born, the band released another whole album, 2017’s Wonderful Wonderful since, and in recent times have seemingly undergone something of a resurgence in popular interest, falling simultaneously into millennial mid-’00s nostalgia, while managing to attract a passionate new generation of fans. That said, it feels like there hasn’t been this much anticipation for a new Killer albums since perhaps 2008’s Day & Age, and judging by brand new single “Caution” (hear it below), our first taste of forthcoming sixth LP Imploding the Mirage, due out May 29, the band have perhaps their best effort in years at the ready. Apparently set to include guests like Lindsey Buckingham (who plays the killer guitar solo on “Caution”), Weyes Blood, Adam Granduciel (The War on Drugs), k.d. lang, Blake Mills, and Lucius, the album was produced by the band in conjunction with Shawn Everett and Jonathan Rado of Foxygen, and marks the first work written and recorded since leaving their hometown of Las Vegas.

Of course, with a new LP comes a new crop of live dates, as the band (while, like other artists, announcing their intention to monitor the Coronavirus situation) have expanded their world tour to include a lengthy summer run of North America, bringing them back to Music City Sept. 19 to headline Bridgestone Arena with the one and only Johnny Marr (whose legendary group The Smiths is certainly a strong influence on The Killers’ sound). Tickets are set to go on sale Friday, March 20 at 10 a.m. CDT right here, with pre-sales beginning March 18 (we’ll update with more details once we have them). Bridgestone is an impressive venue for the group, who last played the Grand Ole Opry House, but given their renewed buzz as of late, we expect tickets to go fast!