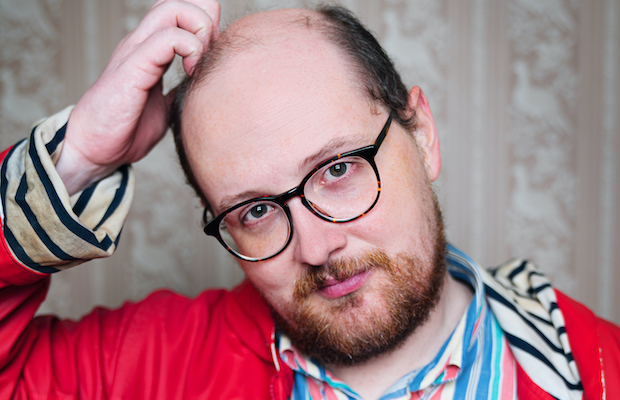 A fascinating, genre-bending, multifaceted, and beloved indie electropop artist (as well as composer, producer, and much more), Baltimore’s Dan Deacon has, since the earliest days of this site, delivered some of the most memorable, immersive, and unique live shows we’ve ever witnessed in Nashville. Though he’s been busy with a host of other artistic ventures, Deacon’s solo career had been a bit quiet the past few years, which changed last month with the release of long-awaited but stellar new LP, Mystic Familiar. Out in support, Dan will return to Nashville for the first time in a few years tonight, March 1, for a headlining performance at The Basement East with long-time musical cohorts and fellow Baltimore act, post-punks Ed Schrader’s Music Beat! Surely one of the most essential live shows of the year for fans of substantive and experimental indie and punk, tickets are still available right here while they last. Read on for more about the show!

Dan Deacon and Ed Schrader’s Music Beat will perform tonight, March 1 at The Basement East. The show is 18+, begins at 8 p.m. (doors at 7 p.m.), and tickets are available to purchase for $15.