[NO COUNTRY PREMIERE] Hank Compton Opens Up in Intimate Music Video for “Call It What It Is,” Featuring Maisy Stella 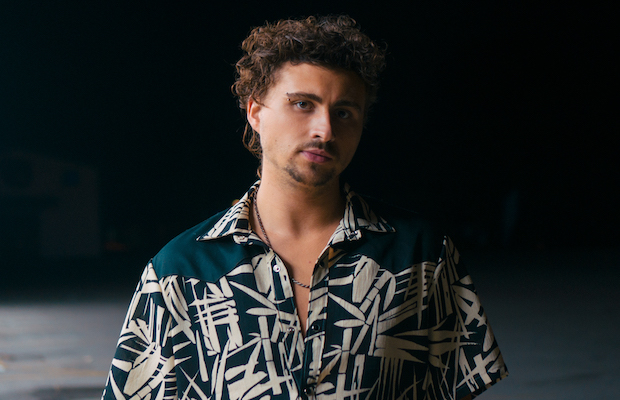 Raised in a musical family and surrounded by talented songwriters from a young age, Nashville native Hank Compton, like so many prodigious young performers, cut his teeth in the blues scene, performing in groups, drawing accolades, and gracing impressive stages while still a teen. 2018 debut solo single “What You’ve Put Me Through,” however, marked a shift for Compton, now in his early 20s, to a more raw, resonant, and vulnerable indie and neo-folk sound, more akin to breakout young performers like Phoebe Bridgers or Noah Gundersen than the blues-skewing songs of his younger years.

His debut EP, Kill What We Love, which also arrived in 2018, helped the rising talent rack up millions of streams, and led him to perform at iconic venues like The Ryman, Gruene Hall in Texas, and LA staple The Troubadour, as well as open for the legendary Loretta Lynn. Navigating topics like love, lust, drugs, drinking, loneliness, and finding identity, Kill was a confessional and story-driven effort of an artist grappling with the conservative bubble of his upbringing; a seemingly necessary step towards forging his own artistic identity and kickstarting a new chapter both creatively and personally.

In the couple of years since, we’ve noticed Hank increasingly appearing on bills around town, always with an interesting array of artists wavering from country to indie rock and beyond, so while the groovy, harmony-soaked, ’80s pop infused sound of his recent single, “Judge Me,” might have initially thrown a few fans for a loop, to us, it immediately felt like an artist shedding genre inhibitions and exploring the broad range of his influence. A logical leap forward, though not an altogether departure from, the EP, we’ve been eagerly anticipating what the singer-songwriter would do next.

Today, we’re floored to bring you an exclusive premiere of Hank Compton’s latest, a music video for brand new single “Call It What It Is,” featuring fellow local singer Maisy Stella from Lennon & Maisy and ABC/CMT’s Nashville fame! Something of a stark contrast to “Judge Me,” “Call It What It Is” is much more melancholy and restrained; an ambient, confessional, and heart-wrenching track that sees the singer reach even more intimate realms of vulnerability, its tone and thematic focus packing a gut-punch unlike anything else he’s penned thus far.

“The song was written about the process of using someone else to mask who you really want,” Compton tells us, “The ambient textures of the production were meant to paint a late, drunken walk home from the bar. The video was my attempt to show the desperation of the song by building a moment around a broken scene. I wrote the song in a dark time of my life and luckily, the creation process was monumental in my own healing, which I hope translates to listeners.”

Like the song, the video eschews flashiness for a more intimate and personal presentation, shot in one location with a sort of nocturnal, self-reflective, fraught, and up and close and personal aesthetic and perfectly captures the feeling of the track. Stella- best known for her childhood country and pop sister duo and television work- lends her impressive vocals to create some beautiful and heartfelt harmonies, adding even more emotional weight. Watch “Call It What It Is” below, and stream the track on all major platforms now!

TWiN | This Weekend in Nashville | February 7-9