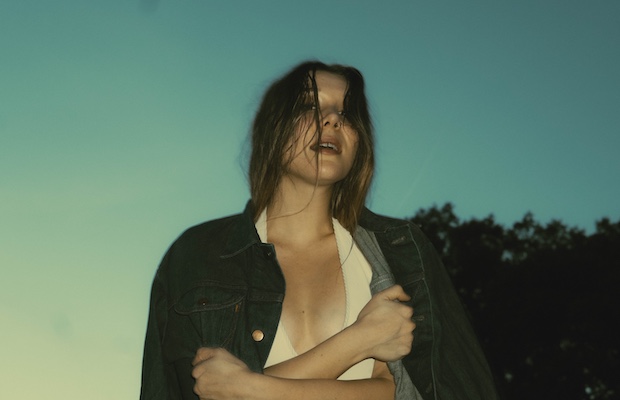 Back in the fall, we premiered local indie pop singer-songwriter Bre Kennedy‘s anthemic single “Broken Record,” a tune that dominated our playlists for months, and an excellent followup to her buzzy debut EP, last spring’s Jealous of Birds. At the time, we also announced that Kennedy was hard at work on her followup, which, excitingly, arrived today! Dubbed Twenty Something, the seven-song record builds on the personal, accessible, and exceptionally well-honed songwriting of Bre’s debut, showcasing her powerful voice and sweeping, contemporary yet timeless indie pop style while also flexing her range, exploring even more narrative themes, and really showcasing her incredible talent. It’s a superior followup and a local record that, despite it only being January, already feels destined to remain one of our favorites of the year.

In celebration, Kennedy is set to headline Exit/In tonight, Jan. 24, for a very special record release show that will feature support from fellow local indie singer (and another artist you should be keeping an eye on) Gatlin, and Jay + Shields, a husband and wife musical duo who also regularly collaborate with Bre on various multimedia projects. Tickets are still available for just $12 right here, and if your 2020 resolutions happened to include making a point to catch more local music, you should make this a weekend priority!

In one final bit of Bre Kennedy news, today also marked the release of the dynamic singer’s brand new music video for “Intuition,” the latest single from her new EP. Filmed by Jay + Shields’ Jason Lee Denton, the dreamy and intimate spot perfectly captures the stripped down, beautiful, and melancholy nature of the song, a total sonic leap from “Broken Record” in a way that wonderfully sums up Kennedy’s sonic range (and nuance of her latest release). As Bre explains: “I wrote ‘Intuition’ & ‘Twenty Something’ back to back days of writing with the vision of making a record dedicated to the growing pains of getting older and surviving my twenties. These songs are nostalgic anthems for anyone going through the same trials of life I am: reflecting, heartbreaking, forgiving & getting back up despite it all,” a sentiment so vulnerably and dreamily convened on this wonderful single.

Watch “Intuition” below, see Bre Kennedy live this evening, and stream Twenty Something on your platform of choice right now!