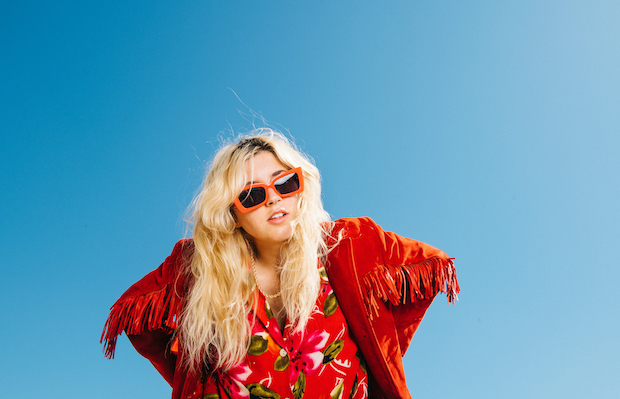 When Caroline Rose first came onto our radar, with the release of her 2014 debut LP I Will Not Be Afraid, we counted her as a promising, albeit fairly conventional, alt-country and Americana rocker. But with her incredible, breakout sophomore LP, 2018’s LONER, Rose bucked everything she previously established, and reinvented herself as a sarcastic, ambitious, self-assured, quirky, and genre-defying rocker, exploring pop and punk and synth rock and indie with a personal, darkly funny, raw, and unique flair. Though, from the outside, her new direction seemed like a total metamorphosis, Caroline maintains that it was merely an organic and necessary reflection of growth and life changes of the past few years, something that had been bubbling up for ages, and finally manifested as music that better expresses her personality. A multi-instrumentalist and multimedia talent, Rose not only used her last record as a means of musical exploration, but also as a way to flex her production chops  and studio experimentation, as well explore honing her visual style, video approach, and more.

A rising talent who, as a twenty-something, has already proven her ability and willingness to take drastic and gratifying risks with her art, Caroline delivered not only one of our favorite albums of recent years, but has also consistently wowed us in concert, everywhere from festivals like Riot Fest, Bonnaroo, and Pilgrimage, to club shows and beyond. So, of course, we’re beyond excited to see that Rose seems to be building on everything that made LONER so great with her forthcoming album Superstar, due out March 6 via New West Records, promising that it’ll be even bigger and more cinematic. New single and video “Feel the Way I Want,” which documents a coast to coast trip from Hollywood, California to Hollywood, Florida, already has us hooked (and perfectly captures the singer’s sense of humor), and we can’t wait to spin her latest on repeat ahead of her upcoming tour, which brings the buzzy artist back to The Basement East on April 30. Find tickets here, and watch Caroline’s new video below!