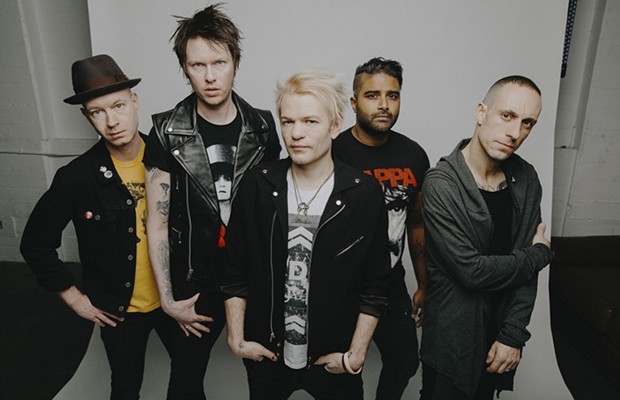 Earlier this year, the legendary punks paid extra fan service with an especially intimate run of small clubs, which brought them back to Nashville for the first time in years for a special outing at The Basement East. And just a few months later, the group turned their attention forward with brand new seventh LP Order in Decline, a hard-hitting, unabashedly metal effort which brought them a whole new wave of attention. In something of a surprise, but a welcome one, Sum were swift to announce a Music City return, this time for a more appropriately sized room, headlining Topgolf’s The Cowan tonight, Dec. 17 with Virginia pop punks Broadside! A second chance to see Sum 41 this year for those who missed out, or a round two for those hoping to hear their new tunes, it’s sure to be a stellar way to wind down the year, and limited number of tickets are available as of writing right here. Don’t miss out!

Sum 41 and Broadside will perform tonight, Dec. 17 at The Cowan at Topgolf. The show is all ages, doors open at 6 p.m., and tickets are available to purchase for $38.