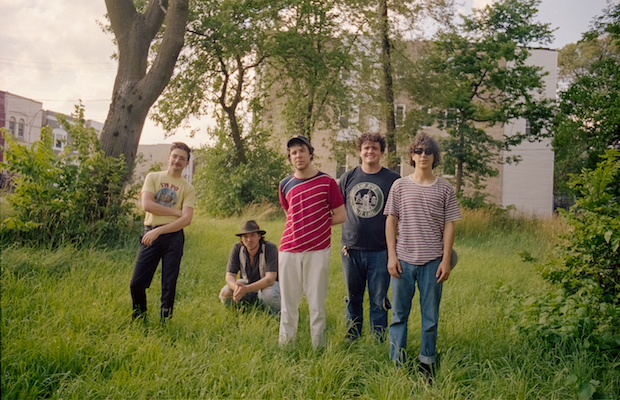 One of the best bands to emerge from the underground garage rock scene in recent years, Chicago’s Twin Peaks only released their debut six years ago, but already feel like a familiar, accomplished, and proven musical force, thanks to a relentless tour schedule, several more excellent albums, and the chops to back up their reputation for bridging classic garage and punk influences with modern indie rock. Returning to Nashville for a second year in a row, this time with a new LP in tow, the buzzworthy group are set to once again play The Basement East this time for two night in a row, Dec. 14 & 15, with support from buzzy indie punks and fellow Chicago residents Lala Lala, and eclectic duo OHMME, also from Chicago. One of the last essential rock shows of year, tickets are still available right here (12/14) and here (12/15), and you can read more about the lineup below!